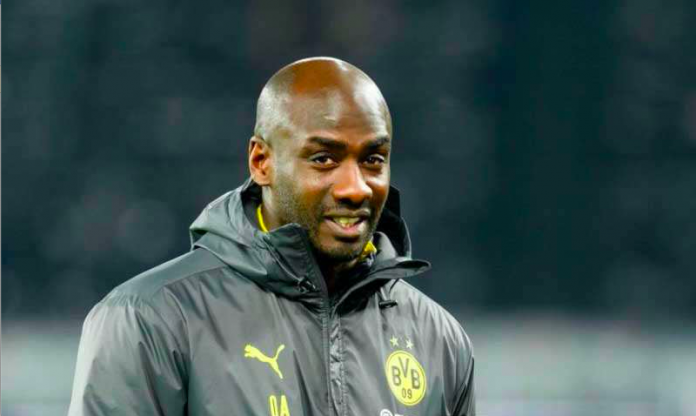 The coach of the Ghana Black Stars Otto Addo has rendered an apology for criticizing referee Ismail Elfath after the match between Ghana and Portugal.

Recall that a lot of Ghanaians and sympathizers went haywire after the football match came to a close.

READ ALSO: The only artist I can be compared with is Beyonce – Wendy Shay

Ghanaians lambasted the referee for awarding a wrong penalty to Portugal player Christiano Ronaldo during the football match. Many accused the referee of being a racist and dragged him on social media.

The coach of the Black Stars, Otoo Addo also blamed the referee for Ghana’s defeat on Thursday, claiming that Europeans had the support of the referee.

He said, “The referee was not in our favor. I think you have to ask the referee. I have no proof of that. We were playing the ball and there was contact. I don’t know whether they were not paying or whether the VAR was not paying attention. If you look at the replay, we played the ball, it was actually a foul against us”.

Speaking at a pre-match conference yesterday, Addo apologized for his comments, adding that he was hopeful that he would not receive any sanctions from FIFA.

“Up to this point we didn’t get any answer (from FIFA), maybe I can use this stage now to apologize If I was too rude but I was very emotional after the match. Hopefully, I won’t get a fine”.