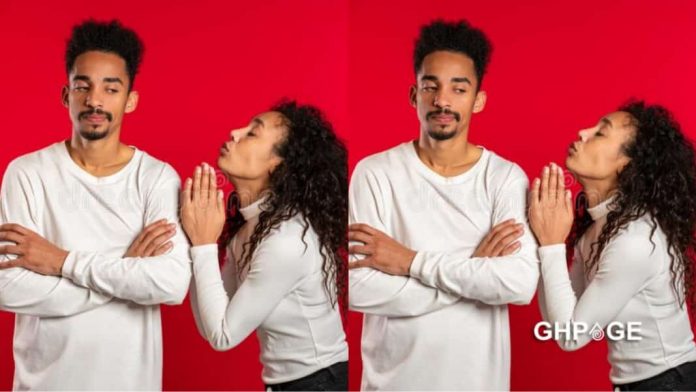 A young Nigerian man has reportedly dumped his fiancee for visiting her ex-boyfriend just a month to their wedding.

According to the tweep who shared the interesting story on Twitter, the marriage was supposed to take place in December this year which is just a few weeks away.

But the man decided to cancel all the preparations which were already made and the ones in the pipeline after learning that his fiancee had visited her ex-lover.

Although the lady claimed that her visit to her ex was only a ‘friendly’ one but the guy strongly believes otherwise reason he called their relationship off at the verge of their marriage.

“My friend’s wedding, which was scheduled for December, was canceled today after her fiance learned she had seen her ex-boyfriend after they were engaged. She claimed it was just a casual visit.”

Below are some of the popular opinions gathered under the tweet;

@Peacehammy – The guy will connect with her Bluetooth instantly and she won’t be bold enough to declined the connection for the last time! Some guys don’t respect fellow guys! Leave her and move on if she no get sense! Don’t invite her over once connected will always connect

@Molade_ – Until you stop accommodating your Exes in the name of “we’re not enemies” they’re still going to undermine your partners.

READ ALSO: Lady storms boyfriend’s house to take back boxers she bought for him after break up

@Damnyeffect – All dis ladies,gud fr dem.dey Will neva learn.u went n visit ur ex n u will come n tell me it’s a friendly how do u want to convince me dat u guyz dint how? If she can do dat, wen she’s married,she Will still do it.

@Jay3sixty – Many men and so many men do worse days to their wedding. I wait for men to start saying the usual “fear women” as.The society has turned women 2 devils and men saints even thought they do worse.