Osman Bukari (born 13 December 1998) is a Ghanaian professional footballer who plays as a winger for Serbian club Red Star Belgrade and the Ghana national team.

Red Star Belgrade forward Osman Bukari is absolutely thrilled after being included in Ghana’s squad for the 2022 World Cup in Qatar.

“I have noticed my celebration today has generated comments claiming I was disrespectful towards Ronaldo. This is incorrect. I was overcome by the emotion of the moment of scoring for my country on my World Cup debut leading to my celebration. My upbringing doesn’t permit me. to be disrespectful to elders let alone one of my idols. Thanks for your support and we focus on our next game!”.

The fast-footed representative of Ghana arrived at “Maracana” from Ghent in a transfer worth two million euros, and already in the first five games in the red and white jersey, he announced that he will be one of Dejan Stanković’s strikers. 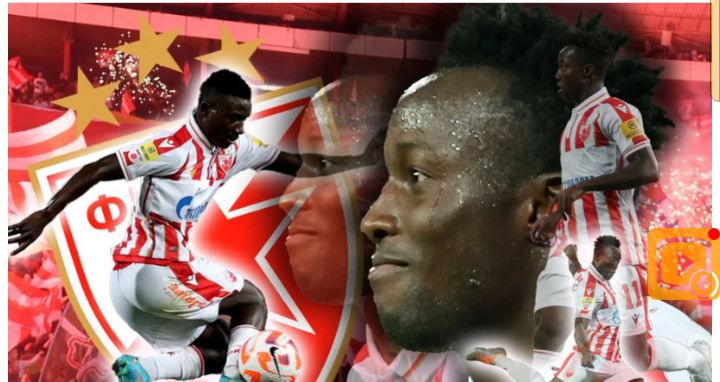 Bukari scored as many goals and provided two assists in five matches, peaking in the first leg of the Champions League third qualifying round against Pyunik, when he scored a hat-trick, playing through Kings Kangwa for the goal.