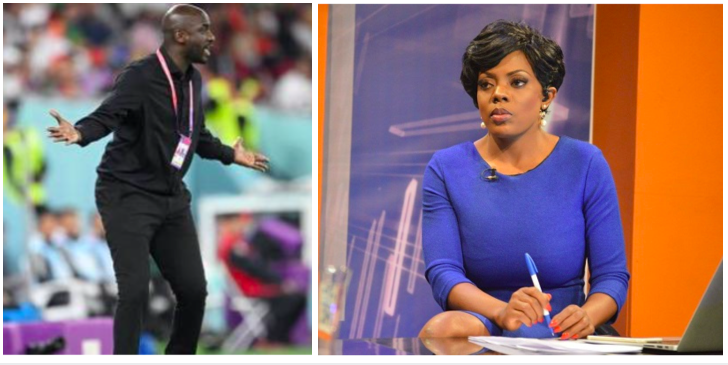 Otto Addo was scolded by her for his substitutions during the Black Stars’ first match against Portugal.

“Otto Addo knows nothing about tactical changes, you took Kudus off at a critical time, Shocking, Shameful, Sad, Kai,” she said in a tweet.

As a reminder, Ghana lost its first match of the 2022 FIFA World Cup to a Cristiano Ronaldo-inspired Portugal team on Thursday.

The Black Stars narrowly lost 3-2 to the former European Champions in a Group H encounter at Stadium 974 (Rass Abou Aboud).

Ghana came into the match seeking to become the first African side to pick maximum points in Qatar, after Cameroon and Senegal lost, while Tunisia and Morocco picked a point apiece.

The first half ended without a goal, but the game came to life in the 65th minute, when Ronaldo who has been in the news for the wrong reasons for the past few days broke the deadlock from penalty spot.

The goal was canceled out by Andre Ayew in the 73rd minute, but two goals in quick succession from Rafael Leao and Joao Felix restored Portugal’s advantage as Ghana’s goalkeeper Lawrence Ati-Zigi failed to stop the goals.

Osman Bukari did get a goal back with a minute left to play in the regulation time, but the European side held on for the three points.