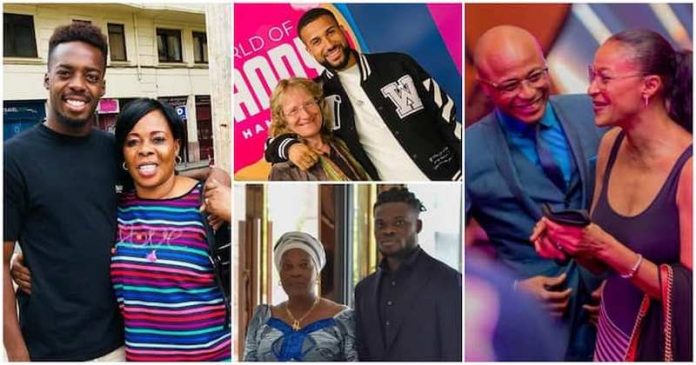 Following an impressive display to defeat Switzerland 2-0 in a friendly match, Ghanaians have high hopes for the team and have been praying for them.

Among the people who are fervently praying and rooting for the Black Stars are their parents and families.

Midfielder Elisha Owusu who plays for Gent in Belgium is motivated to do more because of his mother.

3. Ibrahim Danlad: The Asante Kotoko goalie is a ‘mama’s boy’ who does not refuse to flaunt her mum.

4. Kamal Sowah’s mother: The Club Brugge forward looks very much like his mother.

6. Alidu Seidu’s mother: Alidu Seidu, who plays for Clermont Foot in the French Ligue 1, has a strong bond with his mother.

7. Inaki Williams’ mother: Athletic Bilbao striker Inaki Williams could have played for Spain but opted for Ghana where his mother and father come from.

8. Antoine Semenyo’s mother: The Bristol City forward’s mother and father are already in Qatar to support their son and the Black Stars.