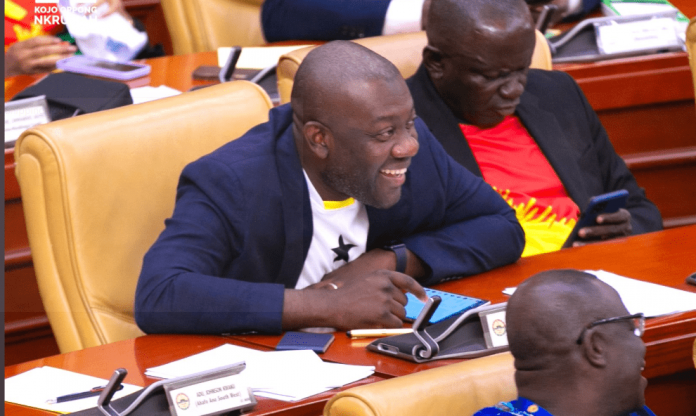 Information Minister Kojo Oppong Nkrumah has said that in the months ahead there is the need for Ghanaians to focus on “a clinical execution of two main pillars in the 2023 economic policy of government”, which are making Ghana an import substitution and export oriented as well as boosting local productivity.

In the months ahead we need to focus on a clinical execution of these two pillars in the 2023 economic policy of Govt. Execution-Execution-Executiin!!! pic.twitter.com/RXMuJovDUL

The government has introduced measures aimed at boosting the local productive capacity of the country.

This move, which forms part of the government’s seven-point agenda to restore macro-economic stability is expected to help cut down on imports and its associated pressure on the local currency.

Presenting the 2023 budget statement, the Minister of Finance, Ken Ofori Atta, said to boost the local productive capacity, the government would among other things cut the imports of public sector institutions that rely on imports either for inputs or consumption by 50 per cent.

He said the government would work with the Ghana Audit Service and the Internal Audit Agency to ensure compliance in this regard.

He said the government would also support the aggressive production of strategic substitutes, including the list disclosed at the President’s last address to the nation.

“We will also support large-scale agriculture and agribusinesses interventions through the Development Bank Ghana,” he stated.

The Finance Minister also pointed out that the government would introduce policies for the protection and incubation of newly formed domestic industries.

This is to allow them make the goods produced here competitive with imported goods.
Promoting exports

Mr Ofori Atta also disclosed plans by the government to promote exports in the country.

He said the plans included actively encouraging the consumption of locally produced rice, poultry, vegetable oil and fruit juices, ceramic tiles among others

“Mr. Speaker, as I have already indicated, Ghana’s heavy dependence on imports places tremendous pressure on the Cedi, creating an unfavourable balance of payments position.

He said the country currently has the capacity to locally produce items that account for about 45 per cent of the value of our annual imports.

To this end, he said the government would target these products for import substitution by supporting the private sector, through partnerships with existing and prospective businesses to expand, rehabilitate and establish manufacturing plants targeted at producing these selected items.