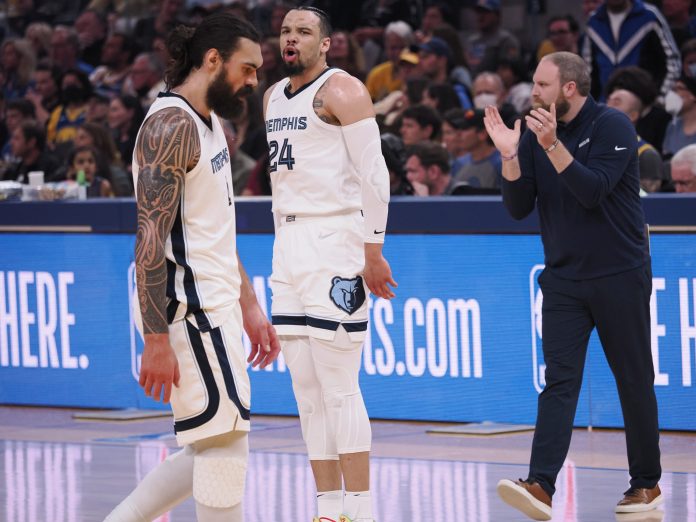 DStv and GOtv is your home of the Entertainment and Sports Programming Network.

The Memphis Grizzlies have been one of the surprise packages of the 2022-23 NBA season thus far, and in Dillon Brooks they have an adaptable guard or forward whose selflessness is helping the team establish themselves as potential playoff contenders.

The 45th pick of the 2017 NBA Draft, Brooks started in 74 games as a rookie on a roster that featured franchise icons Mike Conley and Marc Gasol and has played for three coaches in Memphis (David Fizdale, J.B. Bickerstaff and Taylor Jenkins). The Canadian spent the first three years of his career losing out on the playoffs, but is hopeful that will change this term.

Brooks says his versatility is “why I belong in this league”. He continued, “I’m always figuring out how to adapt, figuring out how to fit your style of play into teams that are changing, teams that are trying to innovate to be better, to win championships. So, it’s just another facet of my game where I could either play the 4, 3, or 2, guard the best player or score. However I can get it, I try to implement it.”

The Grizzlies have become renowned – or perhaps infamous – for an aggressive and abrasive defence, with Brooks explaining that “it’s definitely an approach”.

He added, “The night before the game, I’m just watching who I’m guarding practically all night, watching the plays they like. Then, when the game starts, I just start getting into a mode where it’s just like, ‘I hate this guy.’ How am I gonna not let him score, not let him get into his rhythm so my team has the best chance to win?

“My team needs me to play defence, score the basketball and be a leader out there on the floor. Regardless of what people say, I don’t really care. To be honest, they can say whatever they want. I’m gonna still play my game.”

As for his time with the Grizzlies, Brooks notes, “I love Memphis”. He continued, “I love what we’ve got going on here in the organisation, the people that we’ve got. I’ve built so much good juju, good everything here. I’m comfortable. When I come to work, it doesn’t even feel like work.”