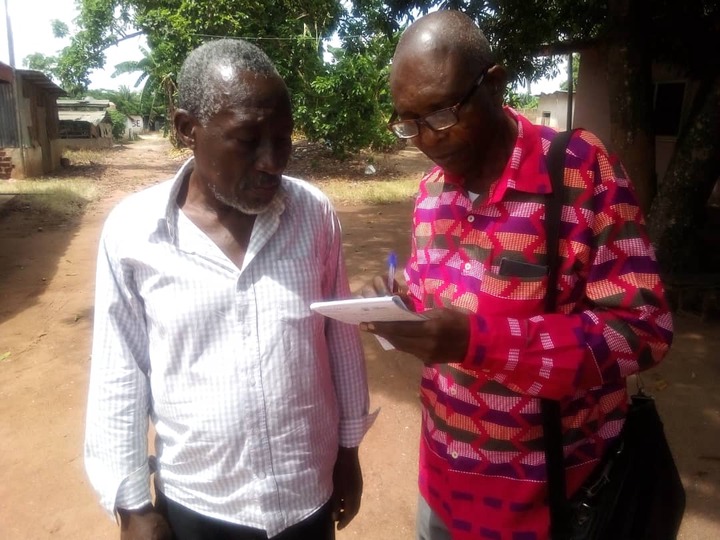 The Chief Executive Officer of the Bossway Poultry Farms Ltd located at Ejisu in the Ashanti Region, Mr Thomas Adom has described the ban which the government recently placed on the importations of rice and frozen chickens in the country as laudable .

Mr Adom observed that the idea should be seen as a move that can help the poultry farmers and rice producers in the country to remain in businesses.

He said the ban will also help the government to avoid certain expenses that State incurs before the goods finally reach in the country.

Speaking to the Content Writer King Amoah in an interview, Mr Adom said

many poultry farms have collapsed in the country due to an alleged over reliance on the importations frozen chickens.

And the citizens unwillingness to patronize the local chickens.

He said the rice producers were also facing the same challenges because their rice were less patronized by Ghanaians.

Mr Adom further linked the alleged causes that led to the collapse of many poultry farms in the country to lack of feed products, access to ready market and credit facilities from the financial institutions.

He reiterated that now that government has given the Bank of Ghana a directive to stop granting import facilities to rice and frozen chickens importers, the local poultry farmers can plan on their own to feed the country with quality chicken products.

They can now collaborate with rice producers, soya beans, maize growers among other farmers to ensure that they get feeds for their birds at all times.

Such arrangements with farmers, Mr Adom noted would help poultry farmers to remain in business, even though they would faced with some few challenges

Going forward the Chief Executive Officer insisted that with the current decision that the government has taken more jobs would soon be created in the country.

Through the activities of the poultry farmers and peasant farmers across the country respectively.

Mr Thomas Adom took the opportunity to advise the officials of the Bank of Ghana to strictly adhere to the government directives on the ban issues.

To ensure that the local poultry farmers and farmers get confidence to work hard to feed the country.