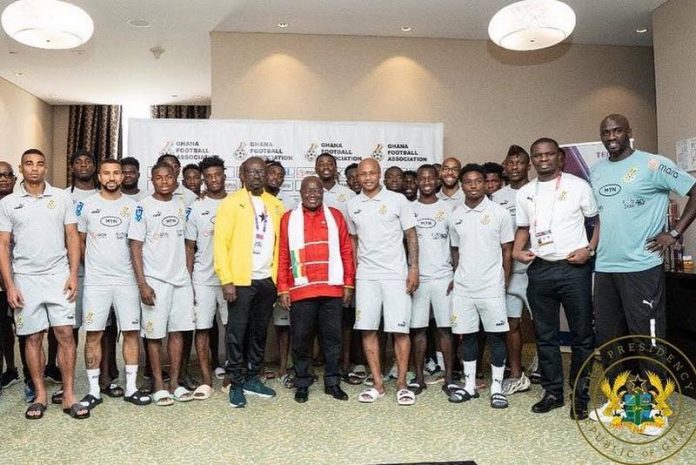 Ghana’s President, Nana Akufo-Addo, has praised the Black Stars for an impressive performance against Portugal despite losing their opening match at the 2022 World Cup.

The Black Stars were on the wrong side of a 3-2 loss on Thursday but a strong second-half performance saw them almost snatch a draw late on.

A penalty from Cristiano Ronaldo was cancelled out by Andre Ayew’s strike.

Goals from Joao Felix and Rafael Leao appeared to have sealed the game for Portugal but they had to endure a nerve-wracking end to the game after Osman Bukari headed in a cross for Ghana.

In a Facebook post after the game, President Akufo-Addo praised the team for their performance, which he said proved that they could compete with any side at the World Cup.

“Gutsy performance by the Black Stars in today’s match against Portugal. Very proud of the entire team,” the President said.

“They live to fight another day, & have shown they have what it takes to mix it up against any team in the tournament. Looking forward to the next game against South Korea.”