Morocco ended their World Cup opening game in a 0-0 draw with previous finalist Croatia at the Al-Bayt Stadium, a retractable-roof football stadium in Al Khor, Qatar. The Atlas Lions were the third African team to compete and the continent’s second team to obtain a point in the competition, as well as the first team to play on Wednesday, November 23.

Despite the fact that Group F has been referred to as “the group of death” by several football pundits, Moroccan football players and their coach, Walid Regragui, stressed that they are unfazed by the difficulties they are encountering. The Atlas Lions’ head coach, who was appointed just before the World Cup, drew inspiration from Saudi Arabia’s victory over Argentina, as stated in a pre-match news conference.

This was relevant in the sense that Hervé Renard, the Saudi Arabia head coach, led the Moroccans to their last World Cup in Russia, and Walid replaced Renard in the Atlas Lions dugout at the next World Cup after 2018.

Walid stated ahead of the draw against Croatia, “When you see the result (Saudi Arabia) were able to have against one of the favourites, it gets your creative juices flowing. It whets our appetite.” 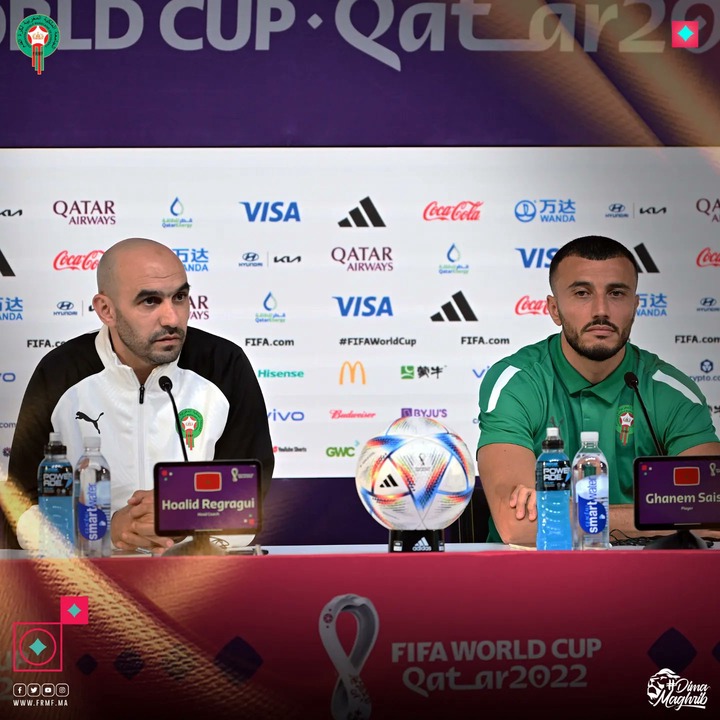 Walid Regragui, known as “The Moroccan Guardiola,” led Wydad to glory in the CAF Champions League, beating Pitso Mosimane’s Al Ahly in the final, an achievement that earned him the best choice by the Moroccan Football Association (FRMF) for him to be appointed the coach to handle the Moroccans after Bosnian Vahid Halilhodzic had parted .

He said after the draw, “Our goal was to live for another day as defeat in the first match ends your hopes in the competition. We did our best; the goal was not to lose. I’ve only been here for two months and I’m proud of the players. We wanted to achieve another result, but in the end, we are satisfied with the draw.”