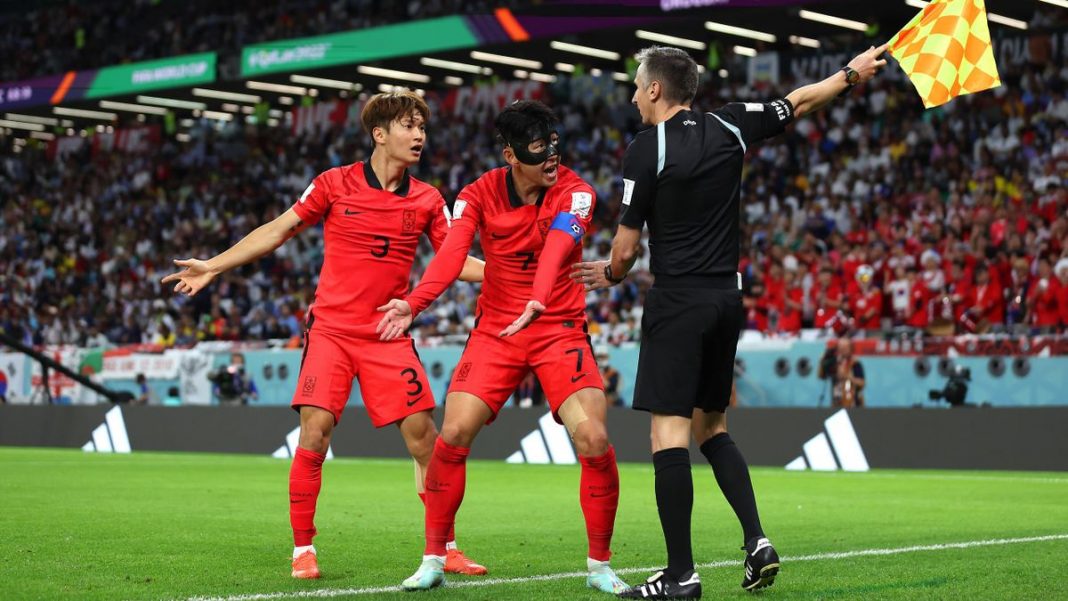 Nothing could separate Uruguay and South Korea in their World Cup opener in Group H despite plenty of attacking quality on show in Qatar.

In front of a vibrant crowd at the Education City Stadium, the South Koreans frustrated Uruguay but did not create many clear-cut opportunities.

Their best fell to Hwang Ui-jo, who fired over the bar in the first half, before Uruguay captain Diego Godin headed a corner against the post.

Hwang stood with his head in hands afterwards, while team-mates fell to their knees in disbelief, all in front of a group of South Korean fans behind the goal, who were in fine voice throughout.

South Korea had controlled most of the first half but Uruguay began to dominate as the game wore on and they almost won it in the final minute of normal time when Federico Valverde’s long-range effort crashed off the post.

There was one last chance for Tottenham striker Son Heung-min – South Korea’s star man – but he dragged his shot wide, much to the relief of the Uruguayan supporters.

The draw leaves Group H wide open, with many seeing it as a three-way battle for qualification to the knockout stages between Uruguay, South Korea and Cristiano Ronaldo’s Portugal.