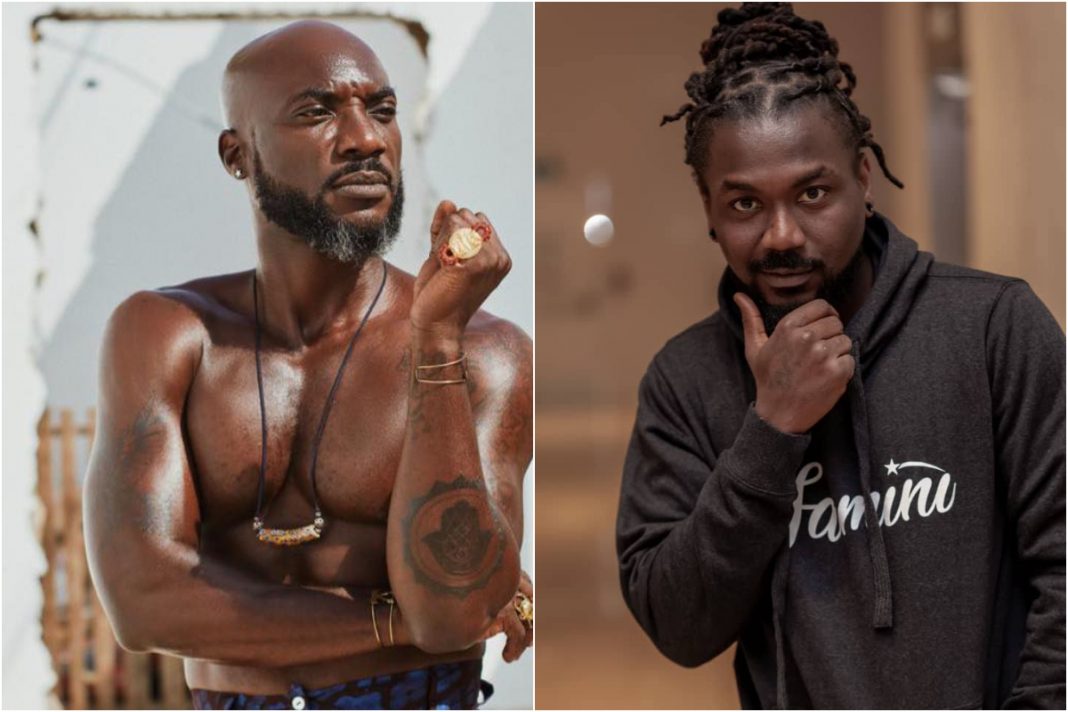 Kwabena Kwabena has insisted that in Samini’s capacity as a legend, he has every right to criticise and share his opinion about what goes on in the industry.

The highlife legend made this assertion while on a media tour for his Fa Me Saa Album on 3FM Drive with Giovani Caleb.

According to him, he himself has not come out with a cheer song for the Black Stars because he has not been contracted nor had the vibes to do so. But still insists that Samini is entitled to his opinion about any song.

Recall that in a previous publication shared on www.Ghbase.com, Samini expressed dissatisfaction with the present World Cup theme song crafted for the Black Stars so far.

Although this online portal is yet to listen to the songs which were reportedly composed individually by King Promise and Akwaboah, evergreen Ghanaian artiste Samini thinks the songs are far below standard.

Taking to Twitter, Samini did not mince words by revealing his disappointment with the songs he has heard so far while suggesting that he would have delivered a far better job if he had been contacted.