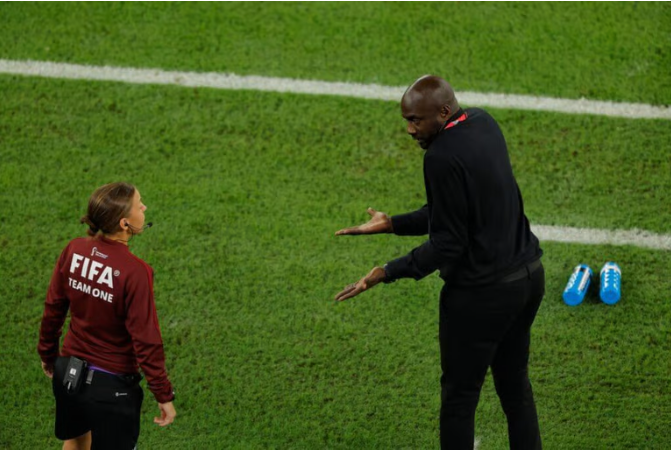 Ghana coach, Otto Addo has blamed the referee for his side’s defeat to Portugal in their 2022 World Cup opener on Thursday at the 974 Stadium.

The Black Stars suffered a 3-2 defeat against the European side, but the result relied on a controversial penalty handed to Cristiano Ronaldo after he was fouled in the box.

Ronaldo converted from the spot to send Portugal on the way to their win.

And Addo, who thought his team was competing well until the decision, believes it was the wrong decision to award the spot kick.

“It was really a wrong decision. We played the ball. I don’t know why VAR didn’t come up. There is no explanation for me. The referee was not in our favor.”

Asked whether the foul was given because it was Ronaldo, Addo replied: “I think you have to ask the referee. I have no proof of that. We were playing the ball and then there was contact.

“I don’t know whether they were not paying, or whether the VAR was not paying attention. If you look at the replay, we played the ball, it was a foul against us.”

Addo was also asked what led to the team’s defeat and joked: “The referee”.

The 47-year-old also sought a meeting with the referee Ismael Elfath for an explanation of the decision but said: “I tried and asked some people from FIFA if I could speak to the referee in a calm and quiet way. They said he was in a meeting and not possible.

“I think they have match analysis and an instructor. Surely you could have some minutes for the coach.”

Ghana face South Korea on Monday in their second Group H game at the Education City Stadium with kick-off at 13:00GMT.