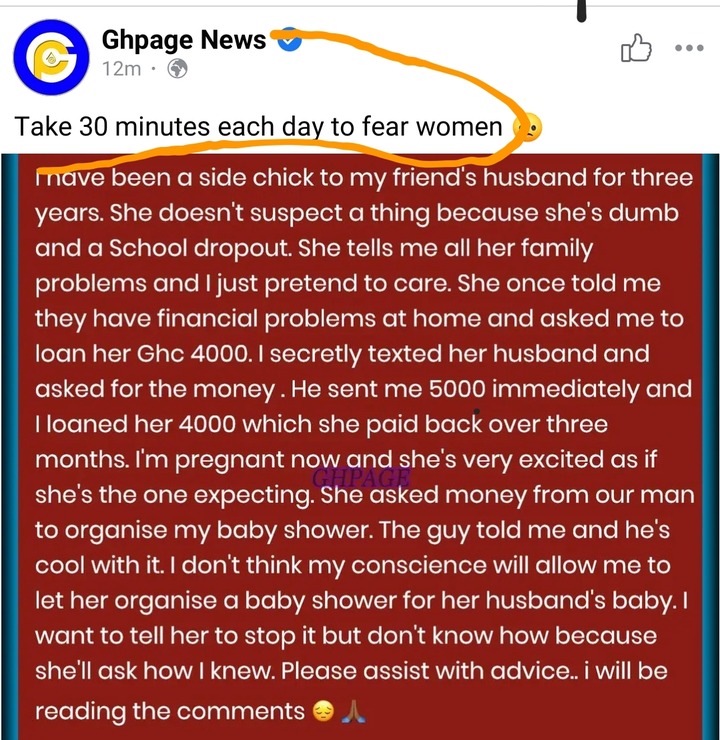 Lady seek for help After snatching friend’s husband by getting pregnant without the notice of her friend.

This incident has caused mix reactions online especially on Facebook.

According to a photo that is trending on one of the popular blogging site with the name “Ghpage News”, a lady snatched her friends husband without the knowledge of her friend.

According to the lady she stated that, her friend use to tell their family problems to her and she always pretend as if there is nothing going on between she and the husband.

She added that, her friend once asked her for a loan of 4000cedis and she also seeked for it from her friends husband and the man gave her 5000gh and she removed 4000gh from it and gave it to the friends as the loan she insisted and she paid her back over three months later.

Let’s view a photo about the news below. 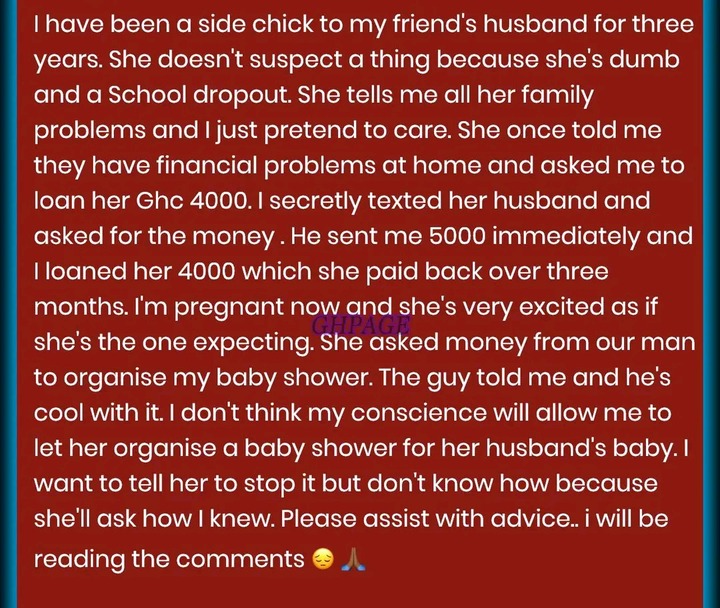 As it could be seen from the statement above, it could be noted that, when the girl got pregnant her friend’s husband insisted that he was cool and had no issue with it but the lady wasn’t satisfied with the thought of the man.

There are many comments that went on concerning the issue above and some of them gave an advice towards it.

Let’s view a screenshot of the comments below.

I will like to continue by giving an advice to my followers, please becareful about who you discuss your problems with because your best friend is your worst enemy.

Assuming you were in the lady shoes what would you have done.

Content created and supplied by: Asaliwe (via Opera
News )