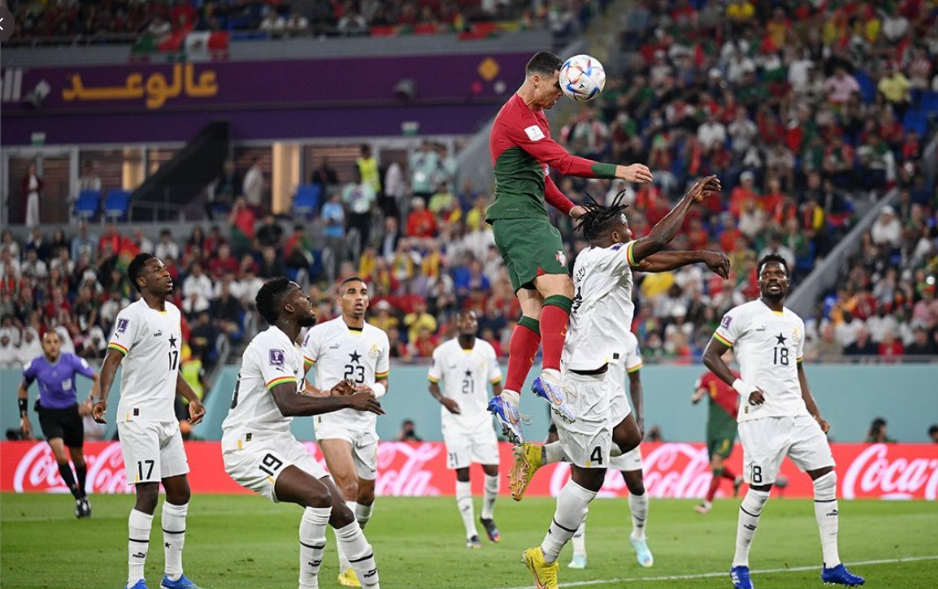 Ghana, who are making their fourth appearance at the Mundial, started the game with the European side dominating the game.

Despite the threat from the Euro 2016 champions, Ati Zigi kept the post to end the first half goalless.

In the second half, Ghana started the game on a good note and pressed the Portuguese with Mohammed Kudus’ powerful strike in the 55th minute being saved by Diego Costa.

Portugal handed the lead for a foul by Mohammed Salisu on Ronaldo. The former Manchester United forward slammed home from the post to break the deadlock.

However, Ghana, inspired by Mohammed Kudus, soon equalized through skipper for the side, Andre Ayew.

Otto Addo, though, opted to take off both his strikers and within seconds, Portugal were 3-1in front, Bruno Fernandes creating goals for Joao Felix. That put his team in control of Group H and a gloss on the score line that their performance did not really deserve.

Then, just when it seemed like Ghana had given up, Osman Bukari scored a livener, but despite nine added minutes, Portugal hung on for the win.

Otto Addo and his charges will hope to record their first win when they come up against South Korea at the Education City Stadium on Monday, November 28 with kick-off scheduled at 13:00GMT.