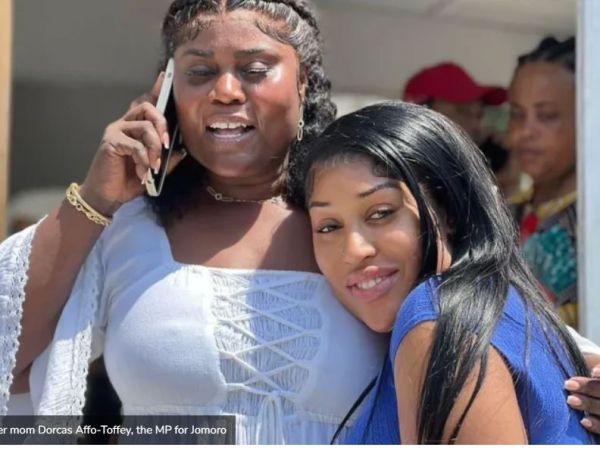 Ghanaian musician, Francine Koffie, popularly known as Fantana, has said nobody can take away the Jomoro seat from her mom.

Her declaration comes after the Sekondi High Court on Monday (21 November) dismissed a petition challenging the eligibility of the Member of Parliament (MP) for Jomoro Dorcas Affo-Toffey.

Reacting to the development on snapchat, Fantana said “My queen won her case!!!! LEADER. You will continue to remain the MP for Jomoro for as long as you want and no one can take your seat away from you! You’ve worked so hard.”

Background
According to Justice Dr Richmond Osei Hwere, the Sekondi High Court judge, the petition was dismissed because the elected MP lost her Ivorian citizenship when she acquired her Ghanaian citizenship.

The petitioner Joshua Emuah Kofie challenged the eligibility of the MP to contest as a Ghanaian lawmaker, saying she violated the dual citizenship law. He claimed that the MP holds multiple nationalities, including American and Ivorian citizenships, which contravenes the1992 Constitution.