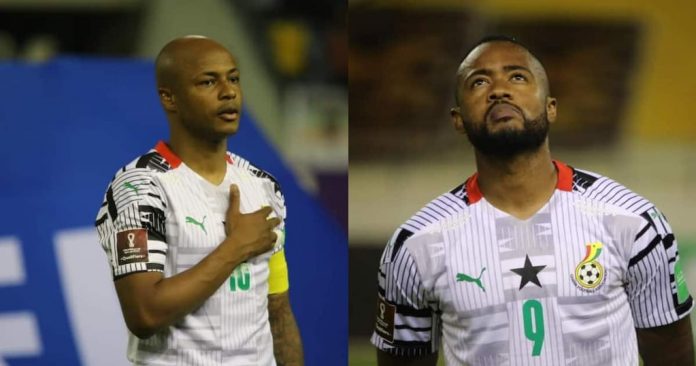 Ghana football legend, Abedi Pele, has backed his two sons [Andre Ayew and Jordan Ayew] to succeed despite failing to play at the World Cup as a player.

Despite winning laurels on the continent and in Europe, Pele never had the chance but excelled for the national team.

With the 2022 FIFA World Cup ongoing, Abedi Pele has disclosed that his two sons Andre Ayew and Jordan Ayew are fulfilling his Black Stars dream.

“A dream was to be at the @FIFAWorldCup but didn’t get the chance back then! Now my 2 boys are there to make my dream and Ghana 🇬🇭 as a nation come on. #BringBackTheLove #BlackStars . Get in well. Alhamdulillah,” the Black Stars great said in a post on Twitter.

Andre will lead the team as the skipper for the side while Jordan Ayew is expected to play a key role for the team in Qatar.

Ghana at the 2022 FIFA World Cup will be one of five African countries representing the continent.

Ghana, who are in Group H will open their campaign against Portugal on Thursday, November 24 at Stadium 974 in Doha.