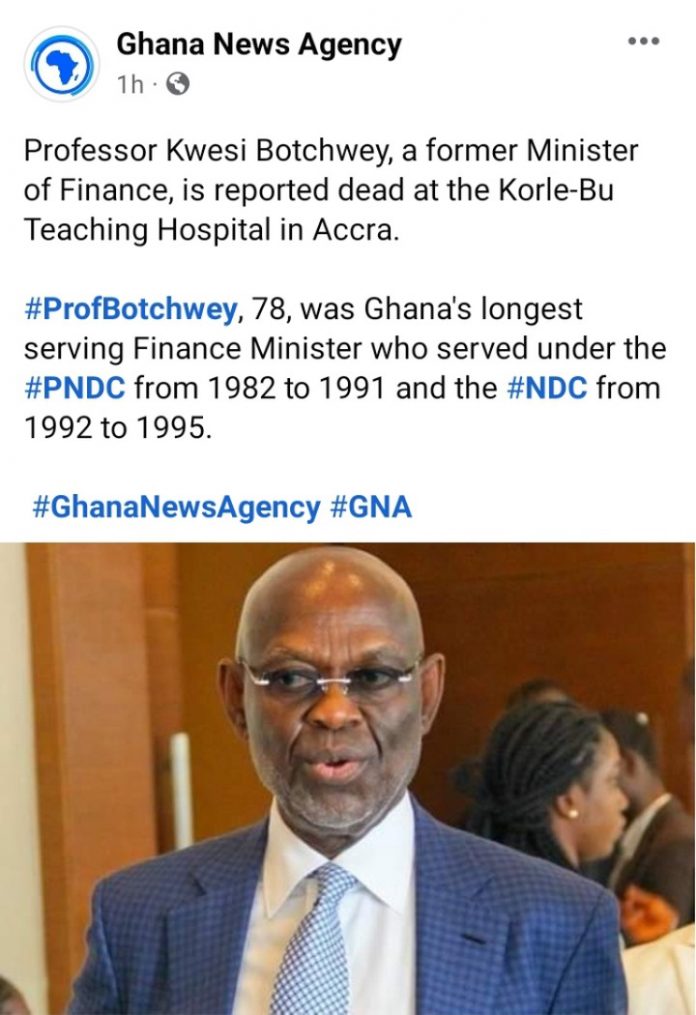 The sudden demise of the former minister of finance, Professor Kwesi Botchey has been announced on several electronic media today and this is a massive loss to the National Democratic Party of which he was a member.

He is reported to have passed on at the Korle Bu Teaching Hospital in Accra on the 19th of November 2022 after attaining the age of 78. 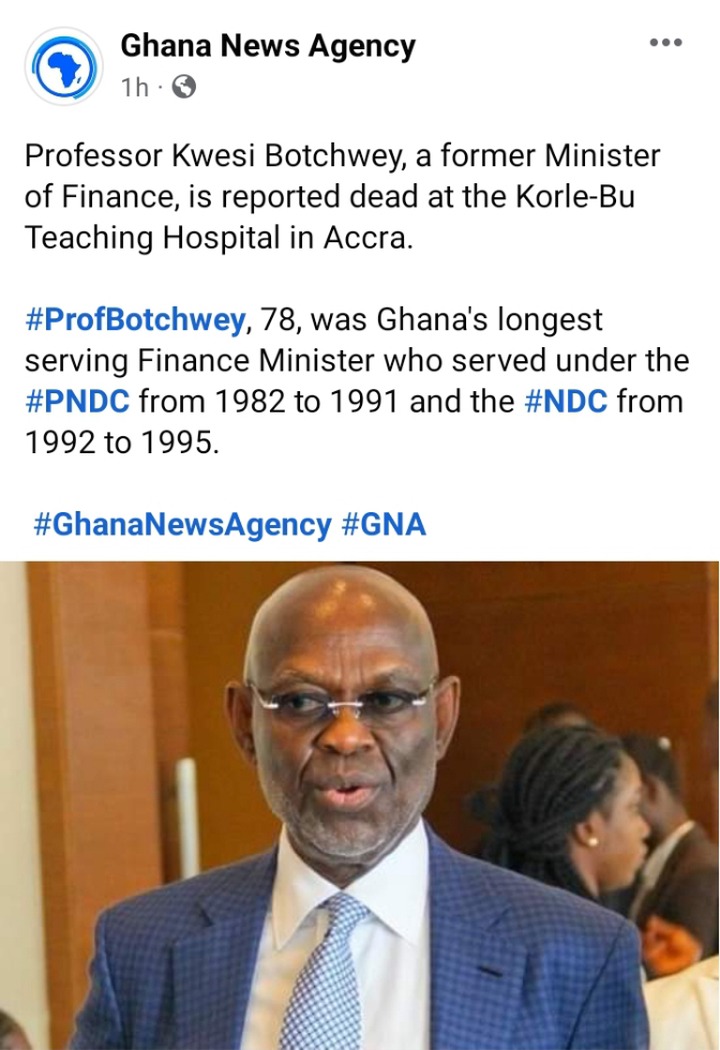 He served from 1982 to 1995 and was affectionately called Kwesi B. Due to his enormous experience, the professor at a point was appointed by his party to conduct research into why the party lost the 2016 elections. 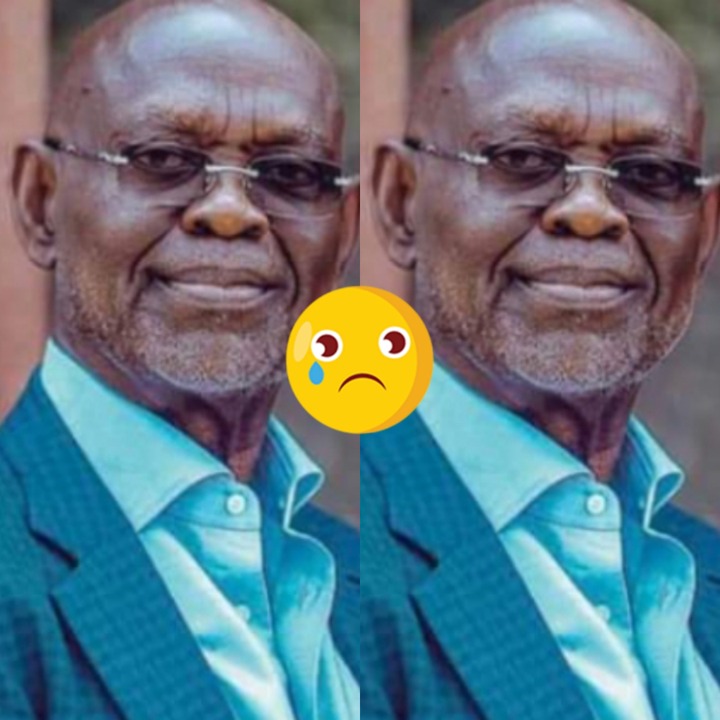 He will be greatly missed by all in his party and may he rest in the eternal abode of the Almighty.