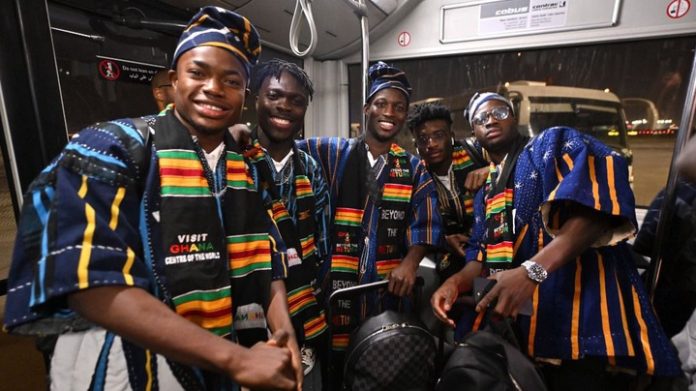 The Black Stars of Ghana landed in Qatar for the 2022 FIFA World Cup clad in a traditional Ghanaian smock known as “fugu.”

Ghana walk into Qatar after a huge confidence boosting final pre-World Cup game win over Switzerland in at the Zayed Sports Complex in Abu Dhabi on Thursday. 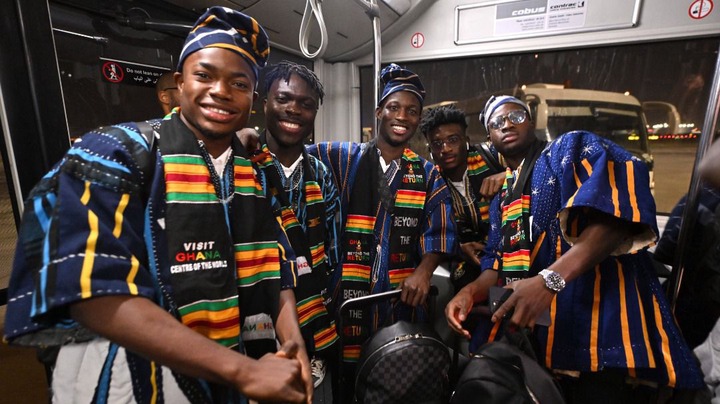 Two debut goals from defender Salisu Mohammed and Antoine Semenyo were enough to silence the 15th ranked country on the FIFA rating log.

The Southampton defender headed home his debut and Ghana’s first on the 69th minute before Bristol City forward, Semenyo blasted home the second and his first on the 74th minute mark. 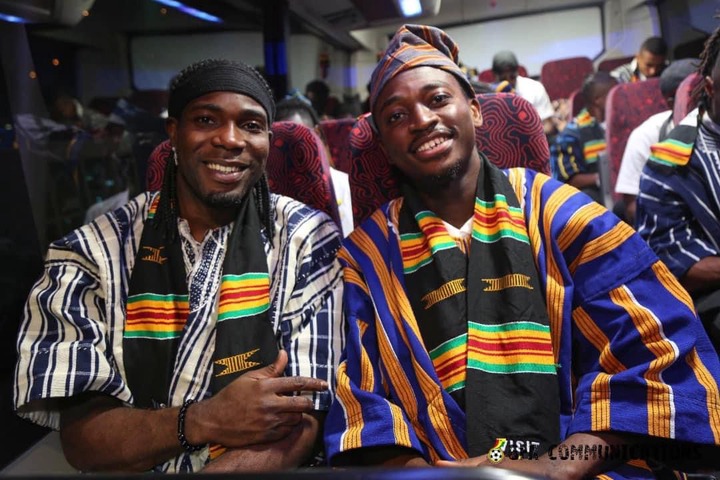 The Black Stars are making their fourth World Cup appearance after debut show in Germany 2006 and two subsequent entries in South Africa 2010 and Brazil 2014.

Ghana’s first appearance saw them reach the last 16 and a better performance with a quarter final place finish in the 2010 edition. 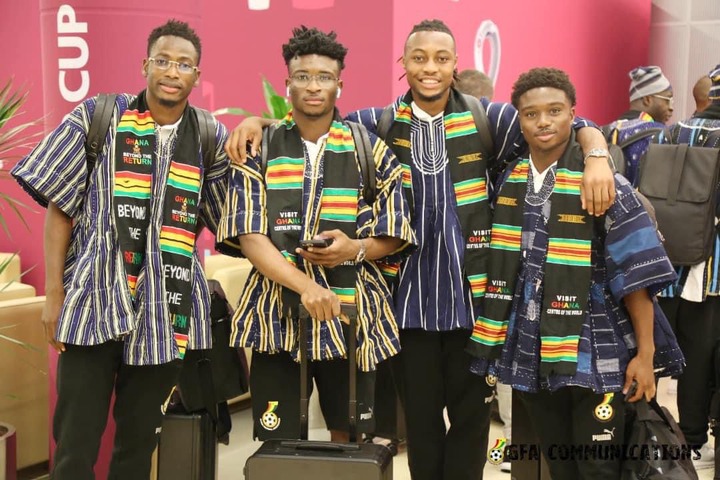 The team failed to progress from the group in the 2014 FIFA World but are bent on righting the wrong in Qatar after going past arch rivals, Nigeria to book a slot. 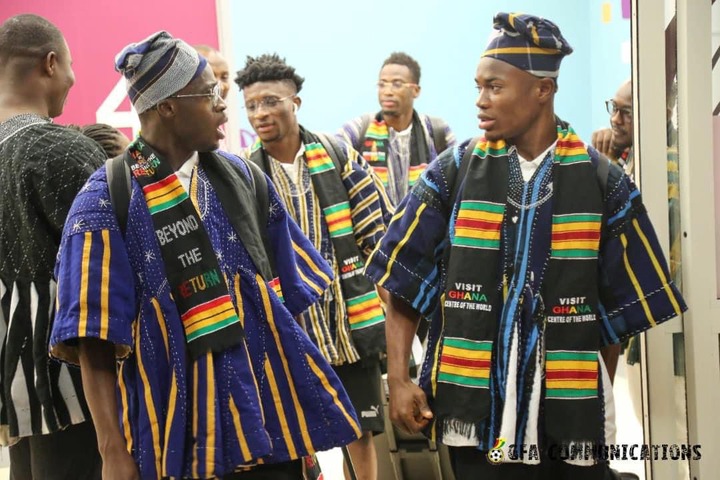 The Black Stars are paired in group H alongside Uruguay, Portugal and South Korea.