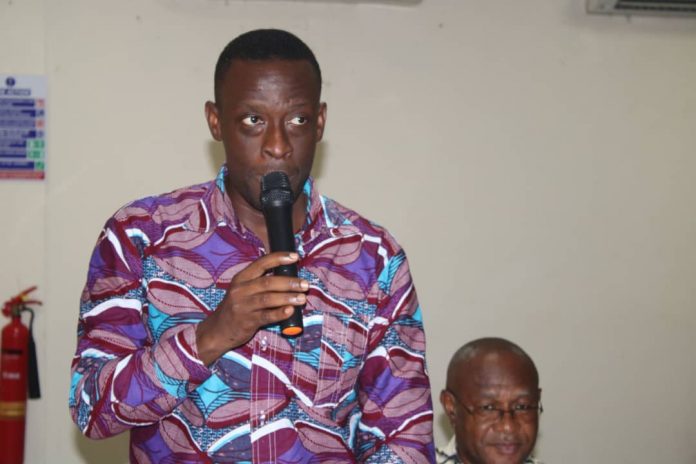 Government is collaborating with the private sector to develop a petroleum hub in the Jomoro District of the Western Region at a cost of six billion dollars.

The expected export value of the hub is US$60 billion and would create 680,000 jobs for the people.

Mr Kwabena Okyere Darko-Mensah, the Western Regional Minister, who said this at the Minister’s briefing dubbed: “The State of the Region Report” in Accra on Wednesday, said the hub would be a major growth pole for the nation.

The Minister said the petroleum enclave was in line with the Government’s plan to make the Region the hub for oil and gas activities.

Some of the key infrastructure expected in the hub include jetties, storage tanks, refineries, liquefied natural gas facilities, power and fertilizer plants.

Residential and commercial areas, security and emergency response area, waste management centre, water treatment plant and light to medium industrial area were the other facilities expected to be constructed in the hub.

Mr Darko-Mensah used the media encounter to update the public on major infrastructure projects and social interventions implemented by the Government since 2017, as well as ongoing ones.

The Minister, for instance, mentioned the tier-three PTC interchange in Takoradi, which was 58 percent completed and expected to be ready in July next year.

The Takoradi Central Market Re-development Project, which was 68 percent completed at an estimated cost of 48 million euros would also be ready in February 2024.

The government, he said, had constructed an automated oil jetty at the Takoradi Port, created a modern container terminal at the Port, began the construction of a Forward Operating Base at Ezinlibo to enable the military to protect the country’s petroleum installations and respond swiftly to any security emergency.

Mr Darko-Mensah noted that all those infrastructure projects were in tandem with the vision of becoming a model region where all persons could effectively participate in the productive assets of the Region for wealth creation.

On Free Senior High School Policy,  Mr Darko-Mensah observed that the policy had increased school enrolment by 483 percent from 13,310 in 2017 to 63,631 beneficiaries.

Meanwhile, a total of 104 educational facilities, comprising classroom blocks, dormitories, dining halls and ICT centres had been completed in the Region since 2017 to date.

Under the government’s “One-District, One-Factory” flagship programme, a total of 48 companies were approved to receive support out of which seven were operational thus creating direct and indirect jobs for the people.

The Regional Minister stated that the sea defense projects at Amanful-Kuma, Adjoa, Funkoe and Aboadze had been completed, thereby protecting the coastline communities from the devastation of the high tidal waves.

Of the 68 road contracts awarded for bitumen surfacing constituting 1,104 kilometres only 152 kilometres were constructed.

He mentioned other critical trunk roads in the Region that were being constructed including the 63km Agona-Nkwanta-Tarkwa road, which was 18 per cent completed. The 60km Tarkwa-Damang road had been completed while the dualisation of the Paa Grant road through to SECO was ongoing.

The Minister announced that of the 1,959 km of the roads being worked on in the Region only 250km had been done and, thus, expressed grave concerns about the lackadaisical attitudes of some of the contractors.

In view of that, Mr Darko-Mensah said he had recommended the termination of some of the road contracts and reward them to new contractors.