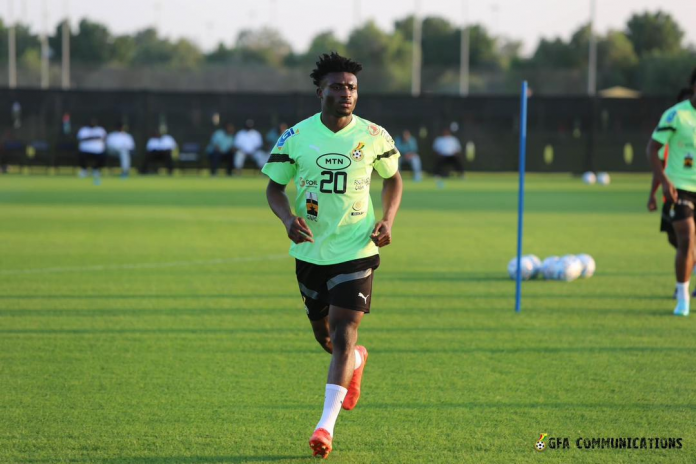 Ajax midfielder, Mohammed Kudus, says the Black Stars are ready to showcase their class in the wrap-up friendly against Switzerland ahead of Qatar.

The match will take place at Baniyas club stadium in Abu Dhabi at 10:00am before travelling for the World Cup.

“All these three games are preparations for the games but [today] is another game.”

“We will take the game as our first game in the World Cup to really put the intensity and energy and everything together to prepare for the World Cup,” he said as quoted by ghanafa.org.

Ghana has become the first country to produce the youngest squad in their four successive appearances at the Mundial.

Ghana will take on Portugal in their first game on November 24 before playing South Korea and Uruguay on November 28 and December 2 respectively.