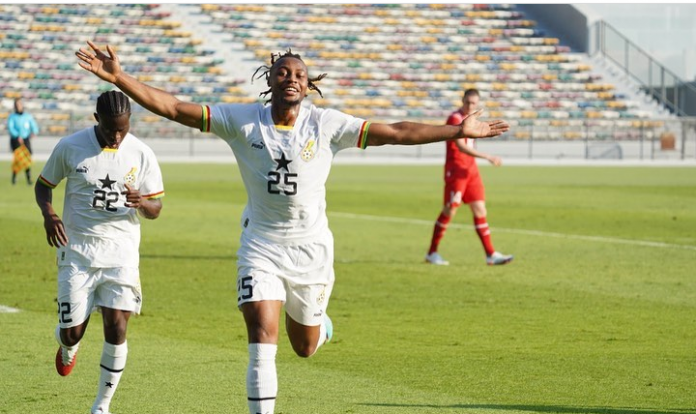 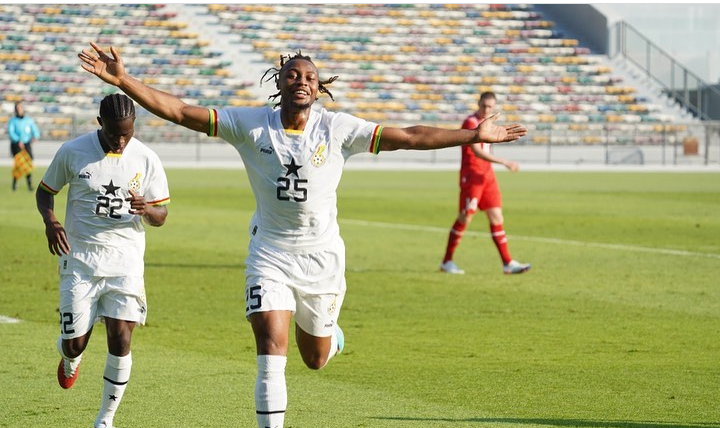 Ghana finally played their final friendly game with Switzerland on the 17th of November, and this match came with a lot of disappointing comments from Ghanaian fans because our highly known player right now, Kudus Mohammed, isn’t in the match as well as Arsenal’s Portugal and Djiku, and unfortunate for one of our most valued players, Inaki Williams, who had just 12 touches in the first half against Switzerland — the joint lowest by any player on the pitch. Unfortunately, the Swiss players began the match with full energy, and after 45 minutes of football and a very good first half from the Black Stars, the complaints about the lineup (mine included) were disproved.

Good structure so far by the team, but it seems there’s something lacking in attack. Barnieh has been bright as Ghana ended it with a draw against the 14th-ranked Switzerland in the first half, and as unexpected, the black stars began the second half with a whole different energy as Mohammed Salisu netted the first in the 68th minute, and in just a matter of minutes, Antoine Semenyo gave Ghana its second goal on the 73rd. Good pace from Kamaldeen Sulemana, but what a long pass from Lawrence Ati-Zigi that starts the whole move. 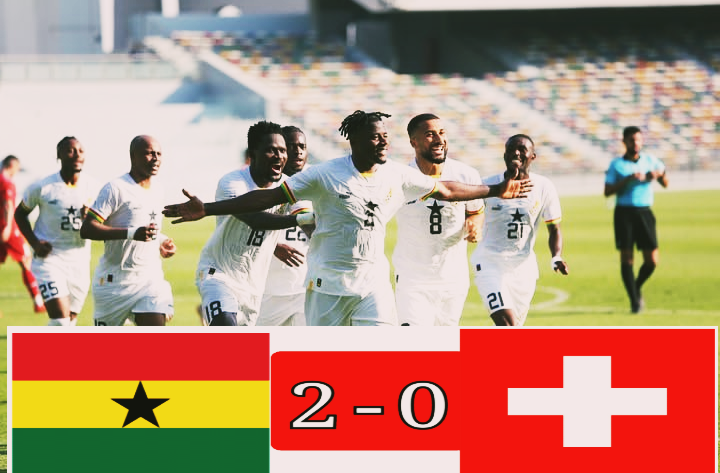 As of now, I can say that if Otto Addo is bold, Ghana can actually cause havoc against its opponents at the World Cup. Astoundingly, after over 90 minutes of football, the Black Stars of Ghana beat Switzerland by 2 goals to 0.Ghana just comfortably beat a top 15 side in Switzerland without Partey, Kudus, Odoi, Djiku, Mensah and Fatawu. I don’t think we appreciate how good this team can be.

Despite not having all our top players, we still managed to bag two goals, and we’re actually facing another top European side, Portugal, in seven days.

Do you think the hot weather in Qatar will favour the Ghanaian players since they’re used to playing in such hot weather?

Who was your man of the match today?

As always, never rule out the Black Stars.

Content created and supplied by: We_See (via Opera
News )