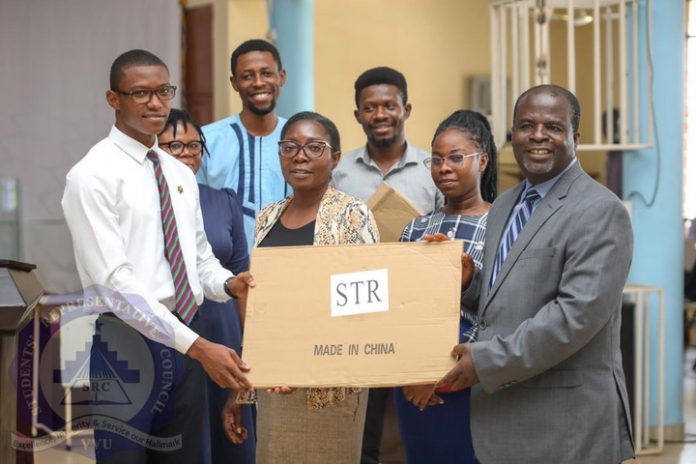 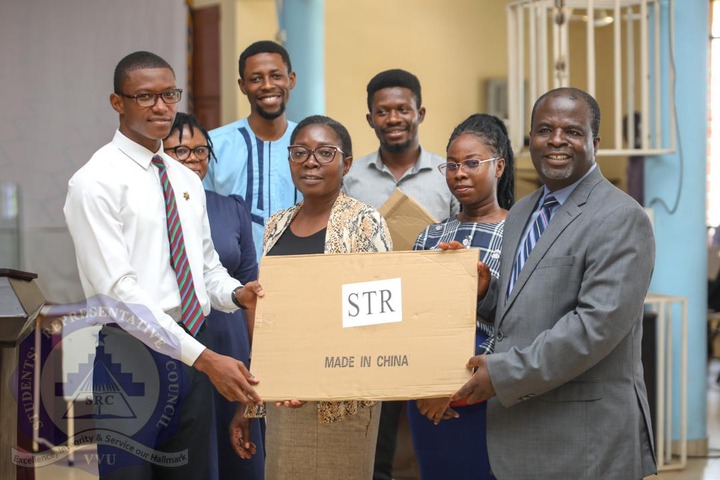 The Students’ Representative Council (SRC) of Valley View University led by the president, Mordecai Nsiah Dwomoh, has donated fourteen pieces of washroom mirrors worth thousands of cedi’s to the Vice-Chancellor of the university as part of the council’s contribution towards the development of the school, as promised and captured in the council’s policies.

According to the SRC President, the initiative is to help unearth the ability of students as prospective leaders who are willing to work towards the development of the institution. 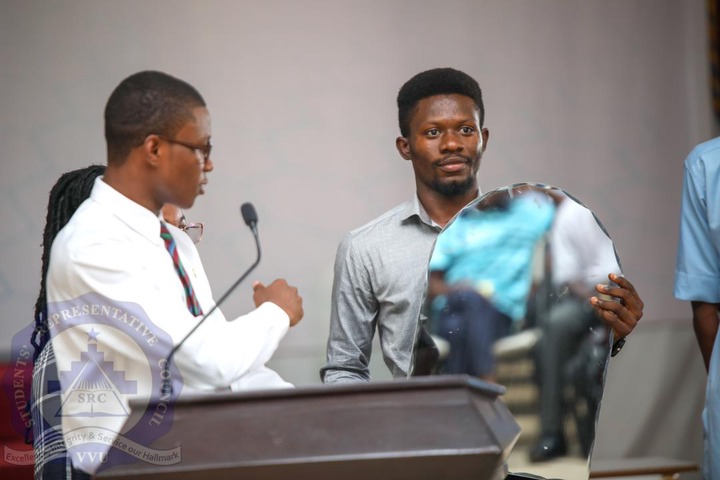 Receiving the items on behalf of the school, the Vice-Chancellor, Professor William Koomson, applauded the council for their benevolence and pledged that the management would continue to support and cooperate with the council and students in their quest to help improve conditions in the school.

He said this would not be the last donation to be done by the council to the school, citing that the council since its assumption into office has demonstrated leadership skills to the amazement of all. 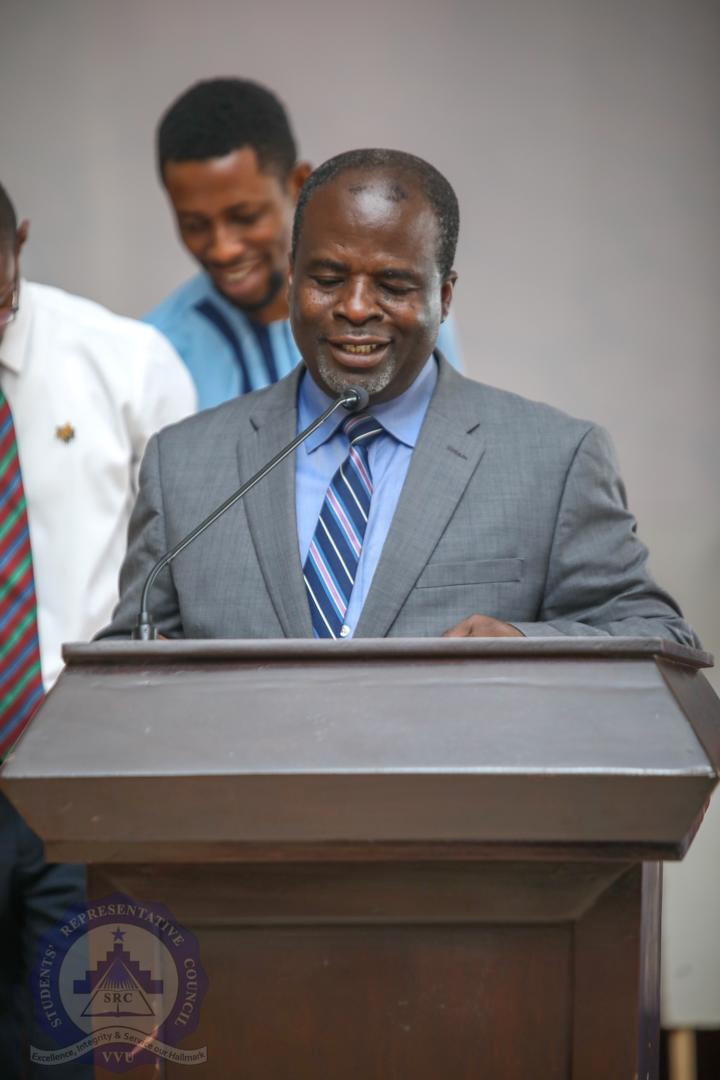 The gesture by the SRC leadership has received a massive applause as students hail the President and his team plaudits for fulfilling their promises and never squashing the hopes of the students.

The Mordecai-Bridget-led SRC administration since its assumption of office has pragmatically served as the embodiment of change giving the council a facelift. 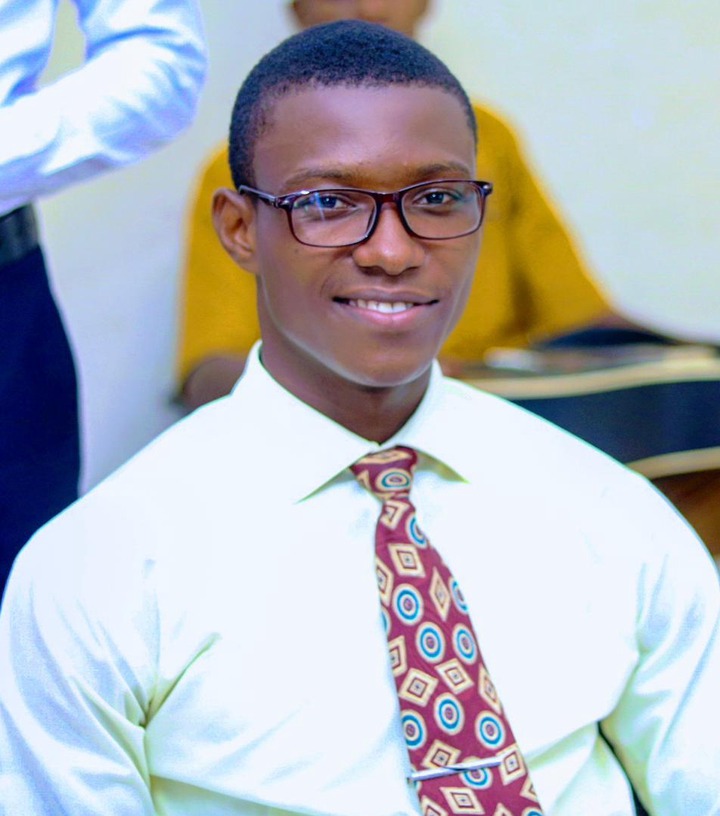 Faculty and Staff have also praised and showed their gratitude to the council towards the deed.

Content created and supplied by: EricMurphyGh (via Opera
News )