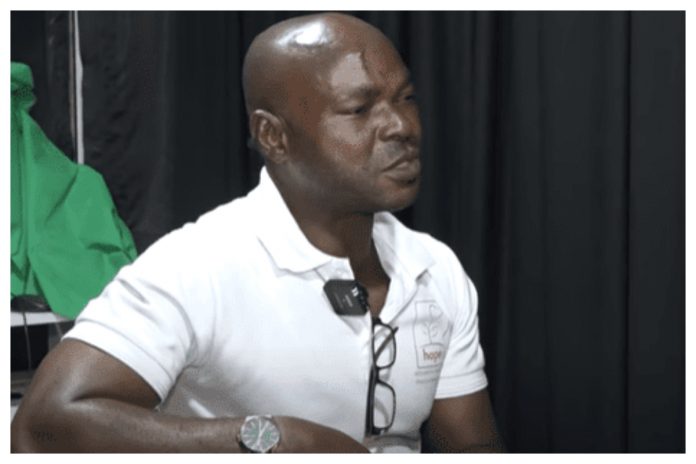 In a recent interview fraught with regret and emotions Noah King said addiction to cocaine, heroin, and marijuana addiction were contributory factors to the death of his mother.

“I’m the cause of my mom’s death. I killed my mother”, he told Emmanuel Agyeman(Braa Emma) on Onua FM’s Anigye Mmere entertainment and lifestyle show.

Noah King served as the host of “Ekwanso Brebre” for Despite Media. Later, he was moved to Kumasi’s Hello FM, where he was fired for his persistent absence. The broadcaster admitted that he had sold his mother’s assets to fund his cocaine habit.

“I sold my mom’s stores in Makola and Madina, as well, to satisfy my cravings. I lost everything because of addiction; cars, family, and career.

“My mom died in China. Thinking about me gave her anxiety. People at her bedside said my mom was always mentioning my name in misery. Even on her deathbed.”

He continued, “She’ll say, ‘how can I let my son Noah stand tall amongst his peers?’ My family does not want to associate themselves with me. They call me the black sheep of the family. I have no family but God. I wish I could turn back the time.

According to 3News, Noah King is now recuperating in rehab.