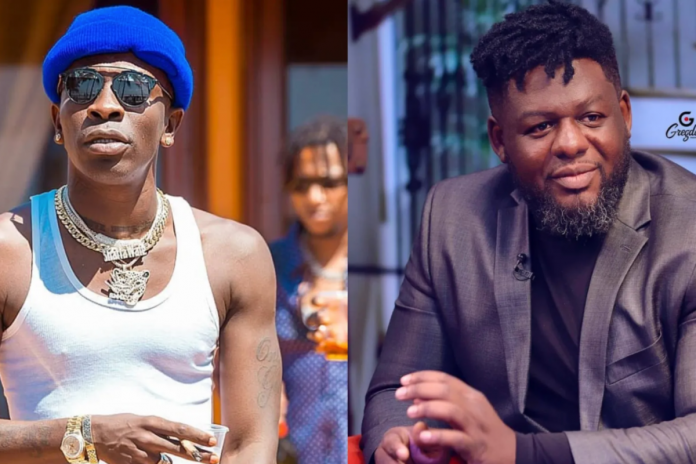 Bullgod has stated in a new interview that he doesn’t intend to professionally work with Shatta Wale ever again.

Speaking from a different perspective other than an advancement of their beef since they parted always, the famous artiste manager and entertainment pundit said the SM boss can now handle himself, claiming he has been able to help elevate his brand to an appreciable extent.

Recall that Bullgod has filed a defamation lawsuit against Shatta Wale after the musician threatened to reveal his purported secret regarding the passing of late artist manager Fennec Okyere.

Real name Lawrence Nana Asiamah Hanson, Bulldog confirmed that the legal matter has nothing to do with his choice to collaborate with the musician once more during his interview on Prime Morning on Friday.

I mean, it’s a huge brand, and I think he can continue. We’ve done what we can do for the brand at the time we were given the opportunity to do so,” he told Roselyn Felli

According to Bullgod, the court case will never be withdrawn, even if Shatta Wale apologises.

Bullgod added that he could sue any of his family members when there is a need to do so.

“I love my kids. I love my wife. I might take a bullet for them, but I’ll think it through if I’ll take a bullet. I need to protect myself, and I need to love myself too. If it was any of my children, I would have taken them to court,” he indicated.