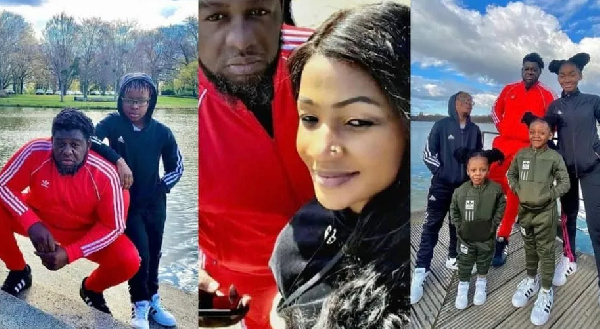 Artist manager Lawrence Asiamah Hanson well known as Bulldog has recounted how his wife got affected by the Fennec Okyere murder saga in 2014.

Recalled that Bulldog was arrested and trailed to court as a prime suspect for the murder of rapper Kwaw Kese’s manager, Fennec Okyere in 2014.

Recounting the situation that affected his wife in an interview on DayBreak Hitz, Bulldog said his wife lost a lot of weight as a result of grief and thinking. “She was looking like a broomstick. Slim, drained. She never slept”, he stated.

Bulldog has disclosed the reason why he sued Shatta Wale over his comments was because of his family. He says he is doing everything to make sure his wife and kids are affected again.

“I’m doing this for my kids and my wife. They are not the ones asking me to sue but they were the ones who suffered a lot when I was behind bars. Nobody suffered more than my wife especially. When I got out of cells after one month, she was looking like a broomstick. Slim, drained.

“She never slept. I remember when I got back from prison, my daughter asked where I was and I told her that I traveled. She said daddy you are lying you were in cells. How did she get to know? She goes to school and I was all over the news at that time,” Bullgod disclosed.