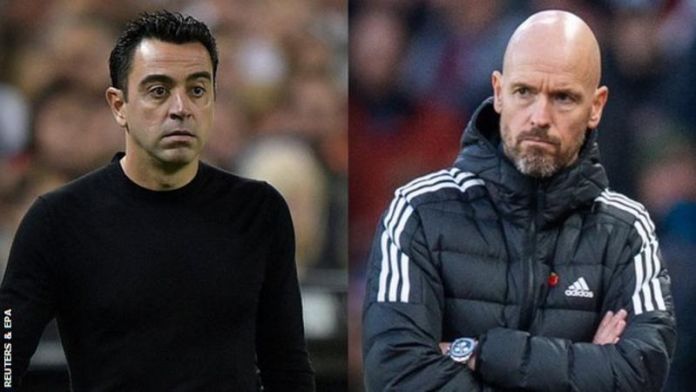 Manchester United have been drawn against Barcelona in the Europa League knockout round play-offs.

The stage of the competition features eight runners-up from their Europa League groups, which includes United, playing the eight teams who were third in their Champions League group.

The first legs are on 16 February, with the second legs on 23 February.

The winners go into the last-16, which includes Arsenal after they topped their Europa League group.

United, who finished second behind Real Sociedad in their group, will be away for the first leg.

Erik ten Hag’s side were heavily linked with Barcelona midfielder Frenkie de Jong during the summer, but the Dutch international ended up staying with the Spanish side.