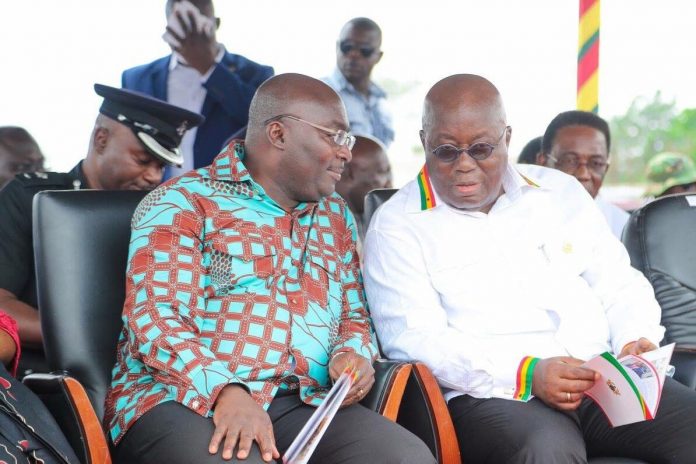 Legal Practitioner, Martin Kpebu, has given president Akufo-Addo, Dr Bawumia and Ken Ofori-Atta a three-day ultimatum to resign after the “Kume preko demonstration” on November 5, 2022.

According to him, the trio must resign for their roles in the current economic crisis the country is facing while they get richer.

“We are calling on the trio, Akufo-Addo, Bawumia, and Ken Ofori-Atta to resign immediately or latest by Wednesday because as we know that for every cedi, for every dollar, that we borrow as a country president Akufo-Addo’s family gets richer through Ken Ofori-Atta. How can that continue to happen? That is a clear breach of the constitution and Article 204 yet the president has put his cousin Ofori-Atta in charge of the Finance Ministry. “

Martin Kpebu has also outlined some of the measures the Speaker of Parliament, Alban Bagbin, needs to take should President Nana Addo Dankwa Akufo-Addo, and his vice Mahamudu Bawumai resign.

According to him, one of the major steps he needs to take is to cushion the Ghanaian economy.

He said the Speaker must ensure that taxes, prices of fuel, and basic commodities come down as soon as he assumes office.

“We are saying that when the Speaker of parliament assumes office as president after the resignation of Akufo-Addo and Bawumia, he must take steps to cushion the Ghanaian economy. Times are hard, fuel has gone, everybody is suffering. So, once we are all suffering when the Speaker takes over office, he must roll out plans to reduce some of the taxes, take and find other innovative means to make sure prices of basic commodities and petrol come down.”

Some Ghanaians showed up in their numbers to demonstrate in demand for better living conditions and also called for the resignation of Akufo-Addo, Bawumia and Ken Ofori-Atta.

The organizers noted that this is to send a “strong message” to the government to act in order to relieve Ghanaians of the challenges they currently face.

They also called for the resignation of the leadership of the country.