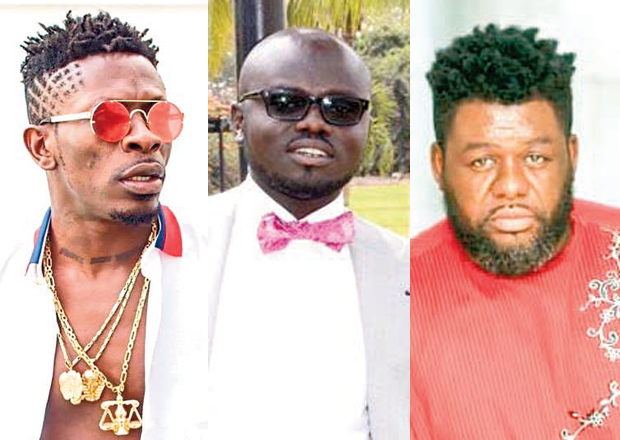 The Ghana Police Service says it has started an investigation into the latest claims by controversial dancehall artiste, Shatta Wale, about the 2014 murder of artiste manager Fennec Okyere.

According to the police in an official statement signed by Grace Ansah-Akrofi, Director of Public Affairs, “The Police have made contact with Shatta Wale, who is cooperating with us on the matter.”
Shatta Wale, in a tweet on Wednesday, alleged that Bulldog had a hand in Fennec’s death.

“Bull Dog since u r bringing out secrets. You will tell Ghanaians. What happen to Fenick’s Murder!! And I am not joking about this time!! I am ready to tell the court about what you told me about you and your men and how you planned that foolish act, get ready. This Akufo-Addo won’t give you a murder chance to be on our streets!!! Watch how this ends!!! You can’t fight time (sic),” he wrote.

has since received a lot of attention on social media.

Kwaw Kese, who was managed by Fennec Okyere before his unfortunate demise, responded by asking Ghana Police to get justice for his former manager.

He wrote, “@ghpoliceservice pls (please) help us get justice on my manager’s murder.”
The police, a statement, said the new development from Shatta Wale will complement its ongoing investigation.

1. The attention of the Ghana Police Service has been drawn to a tweet by Charles Nii Armah Mensah Jnr., popularly known as Shatta Wale regarding the death of artiste manager Fennec Okyere.

2. The Police have made contact with Shatta Wale, who is cooperating with us on the matter.

3. The Police would like to put on record that the recently established Cold Case Unit, has been working for months on all unresolved murder cases, including that of Fennec Okyere with support from the affected families.

4. This new development from Shatta Wale is therefore going to complement our ongoing investigation.

5. We would like to take this opportunity to thank all the families who have been working with the Cold Case Unit since its establishment for their cooperation and understanding.

6. We wish to assure the public that the Police will continue to work relentlessly on these cases in order to bring closure to the affected families.