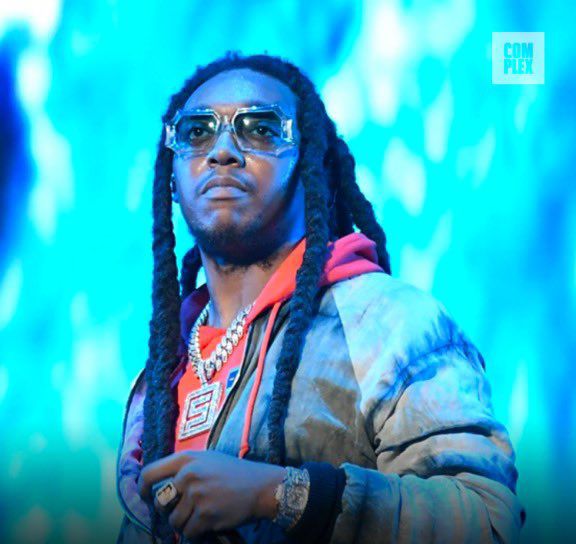 The 28-year-old who is a member of the famous rap group, Migos, lost his life after he was shot in Houston, Texas.

According to a viral eyewitness account, Takeoff was quiet whilst his Migos group member, Quavo who also doubles as his Uncle, was playing a dice game which resulted in a scuffle.

“When everybody bunched up then shots just start ringing but they were coming from somebody Migos was with but he was shooting wild and hit Takeoff on accident and the other niggas start shooting back and I think he got hit again but ultimately his own niggas killed him cause when he got hit the first time I seen his body just drop,” the alleged eyewitness said.

In the viral report, the witness continued that “Quavo was plexxed up over some small shit it really wasn’t worth it Takeoff was the coolest quietest nigga in the room the whole time. He wasn’t saying a word just chillin in the cut he didn’t even know what was going on he just jumped up and got shot out of nowhere Houston for sho about to be a no fly zone cause Mob supposed to be protecting these artist”.

The award-winning rap group and the family of Takeoff is yet to issue an official statement on his demise.

However, social media users, fans and friends of the rapper have since been sympathizing with his family.