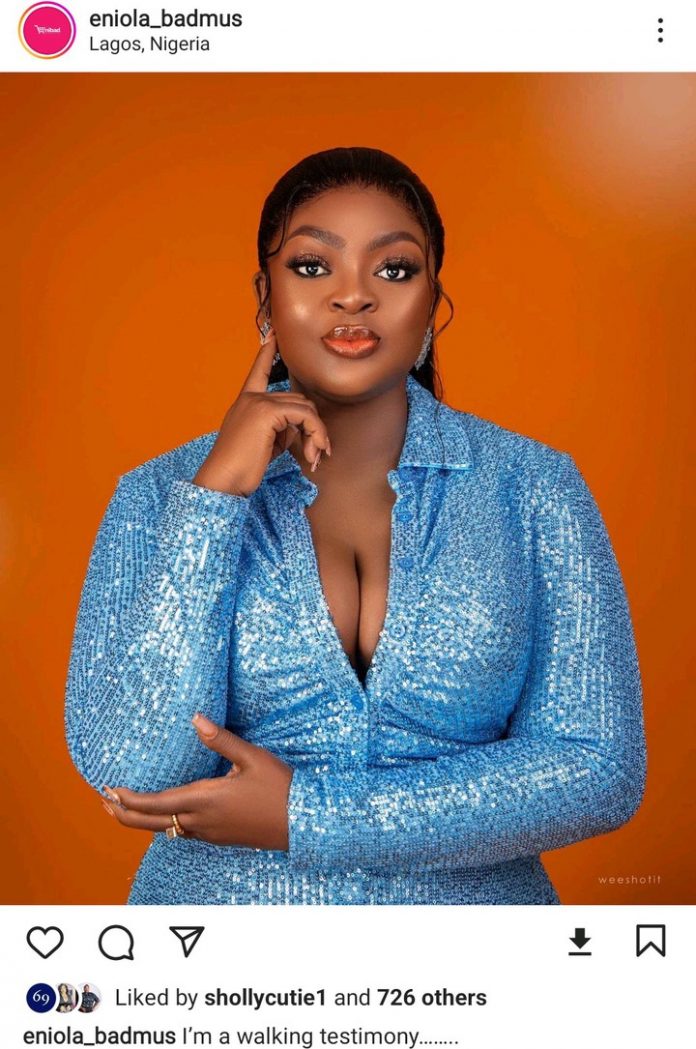 Eniola Badmus is popularly known on social media as one of the Yoruba movie actresses who likes flaunting her glits regularly on her verified instagram account to thrill and impress her numerous followers and fans.

The comment that she gets after she has flooded the internet with her pictures are always many, and by doing this continuously, she has been able to win a lot of followers to herself.

Popular Yoruba actress Eniola Badmus wrote that, her life and everything about her is a walking testimony. She was seen in the picture that she added to her post wearing a fashionable blue outfit with a beautiful and flawless make-up and a hairdo to enhance her looks and natural beauty.

Those social media users who came across the post were filled with excitement and quickly commented because, she was looking extremely gorgeous and elegant.

Faustina_dela wrote that, who born this fine girl.

Diamonddaniels also added that, the make-up that actress Eniola Badmus is wearing looks really good on her.

Wowbags_andmore also added that, sometimes it difficult recognizing you because you’re just so pretty.

Without much i do, kindly scroll down to see the post, picture and the comment of the people below; 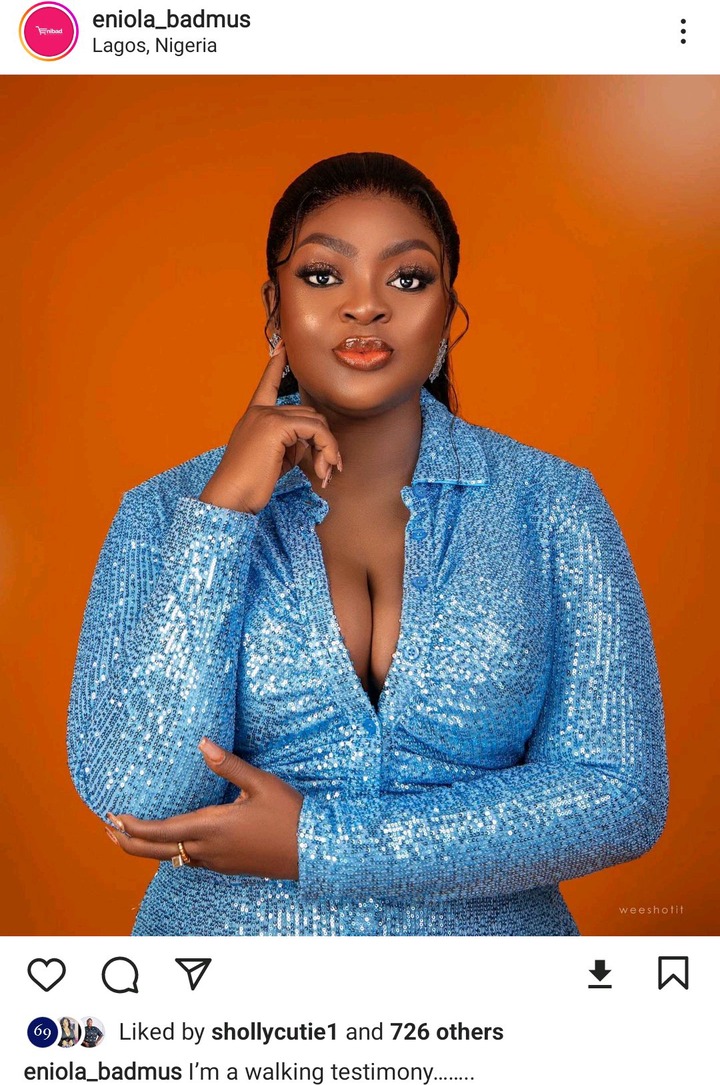 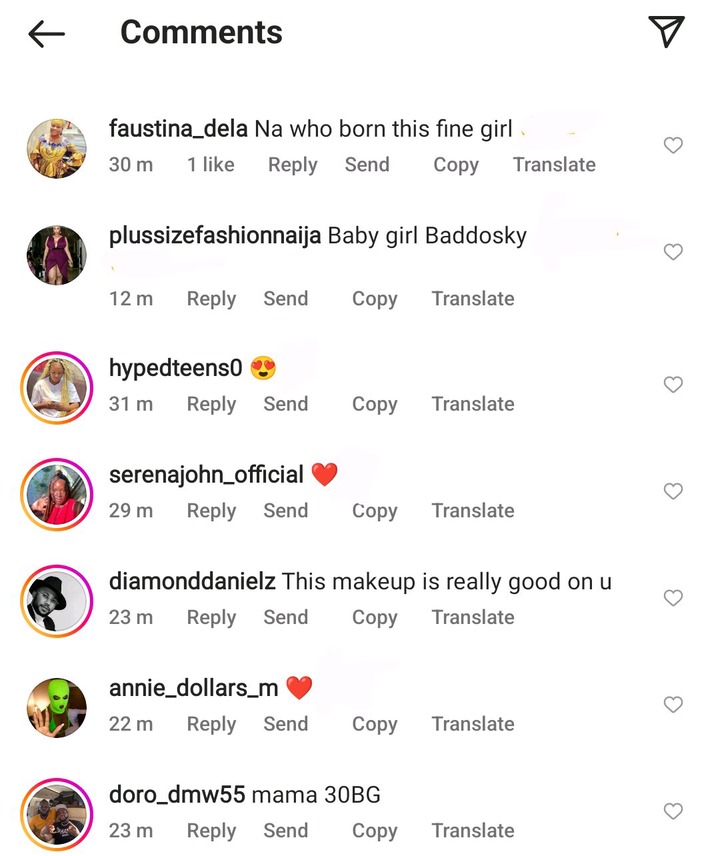 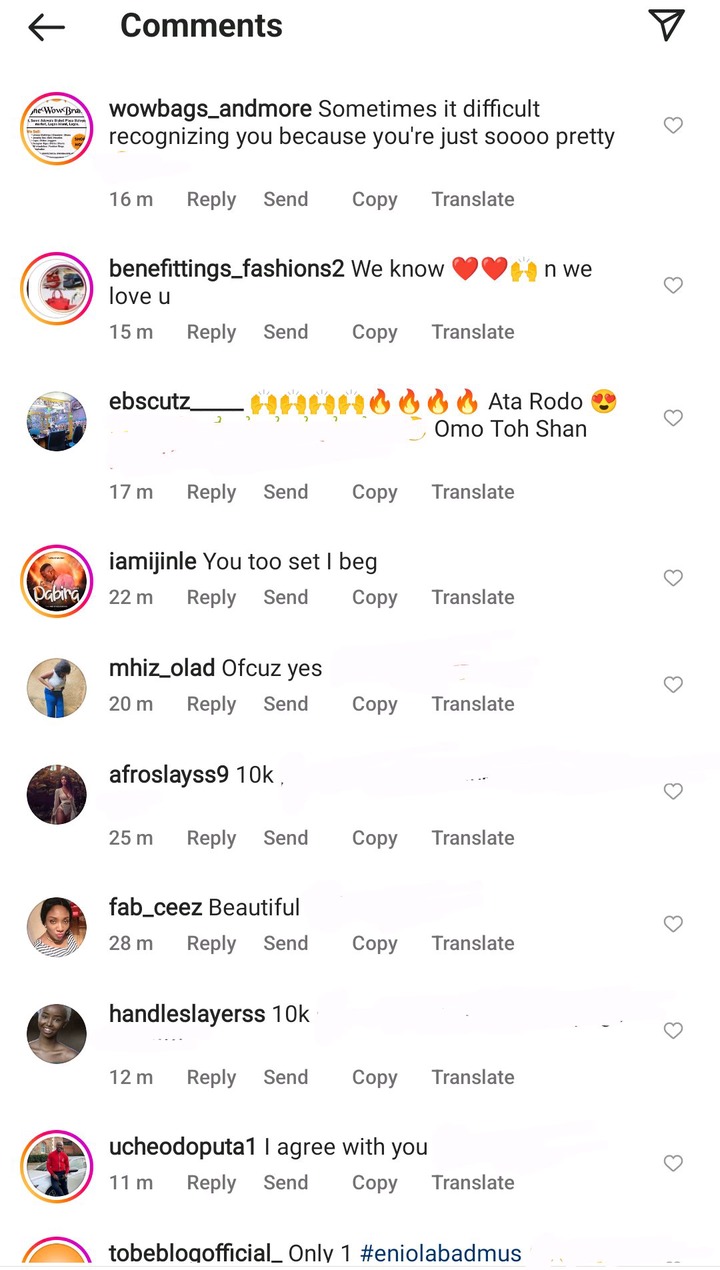 What is your take on the post that actress Eniola Badmus has shared?