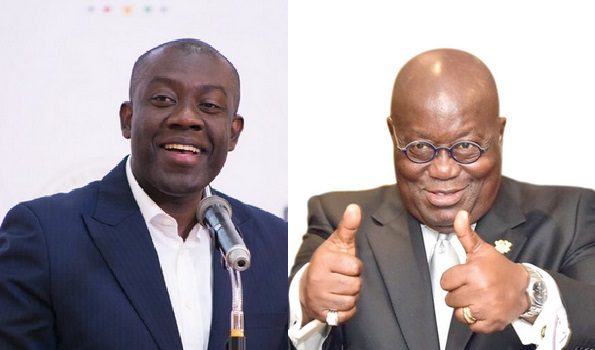 He explained that the President is bringing stability by completing the negotiations with the International Monetary Fund (IMF).

Speaking on the News 360 ON tv3 Monday October 31, the Ofoase Ayirebi lawmaker said “I remember many times when we said inflation had been brought down from 15 per cent to 7 per cent, people said but we don’t eat inflation, but that was the value of stability.

“Today, when inflation crept at 37 per cent, though we don’t eat inflation we are all seeing how valuable stability it is. The first measure of the president is to bring back stability by completing this IMF programme, it is the first thing you have to do.

“Today, we are very happy where we are,  contrary to reports by some that the programme is not going well, that the IMF is no happy, it is not right, I have been in those meetings myself.”

President Akufo-Addo on Sunday October 30 announced key decisions that have been taken by his government to resolve the economic challenges facing Ghanaians.

Delivering an address to the nation he said “The following actions have been taken thus far: 1) enhanced supervisory action by the Bank of Ghana in the forex bureau markets and the black market to flush out illegal operators, as well as ensuring that those permitted to operate legally abide by the market rules.”

“Already some forex bureaus have had their licenses revoked, and this exercise will continue until complete order is restored in the sector,” he said.

The other measures are “Fresh inflows of dollars are providing liquidity to the foreign exchange market, and addressing the pipeline demand;

“The Bank of Ghana has given its full commitment to the commercial banks to provide liquidity to ensure the wheels of the economy continue to run in a stabilized manner, till the IMF Programme kicks in and the financing assurances expected from other partners also come in;

“Government is working with the Bank of Ghana and the oil producing and mining companies to introduce a new legal and regulatory framework to ensure that all foreign exchange earned from operations in Ghana are, initially, paid to banks domiciled in Ghana

“The Bank of Ghana will enhance its gold purchase programme.”

Mr Akufo-Addo further assured Ghanaians that his government cares about them hence, is working hard to ameliorate the hardships they are going through presently.

He says the government is determined to restore economic stability.

READ ALSO:  NPP has much to learn from Barbados Labour Party after they swept all seats in Parliament – Akufo-Addo

He said “It is obvious, fellow Ghanaians, that you have a government that cares. We are determined to restore stability to the economy, and provide relief.

“We are all in this together, and I am asking for your support to rescue Ghana from the throes of this economic crisis.”

He said “No guarantor is now required to obtain student loans. The Ghanacard is sufficient; and we have implemented free TVET as well as free senior high school education.

“We expanded School Feeding from 1.6 million children to 2.1 million children; we restored teacher and nursing training allowances; we absorbed the cost of BECE and WASSCE exam registrations for parents;

“It is for this reason that over the first five (5) years in office government reduced electricity tariffs cumulatively by 10.9%, we provided free water and electricity as well as reduced tariffs for the entire population during a whole year of the COVID-19 pandemic.”

He stressed “My government has always been cognisant of the importance of implementing policies and social interventions to relieve Ghanaians of hardships.”