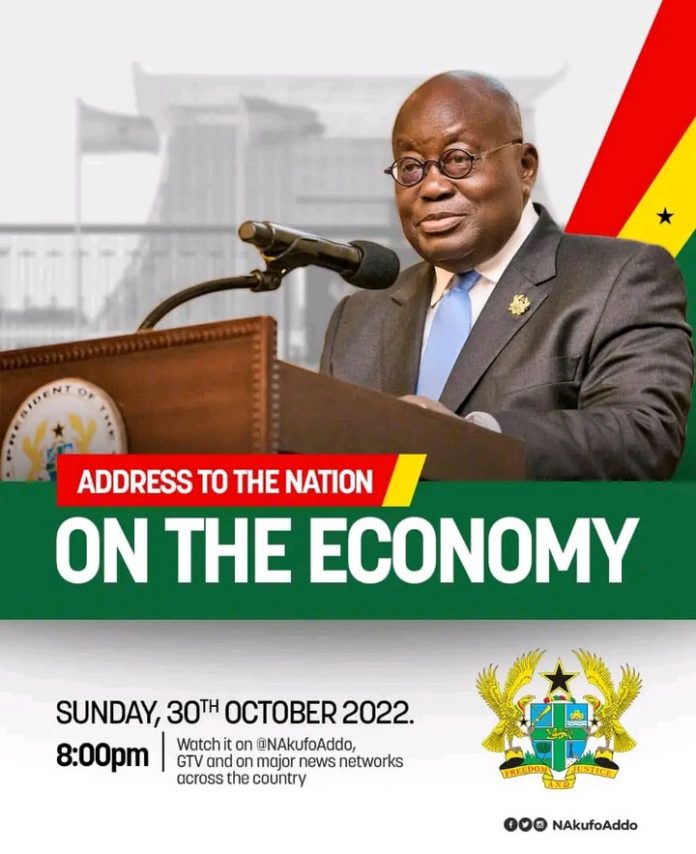 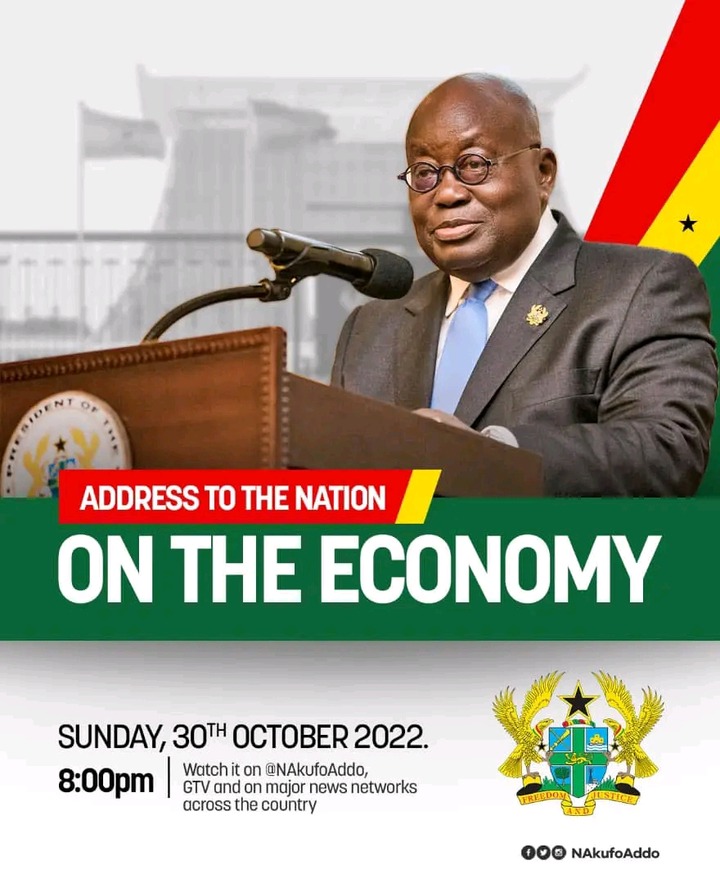 President Akufo-Addo tonight, Sunday, October 30, 2022, delivered a message to the country on the state of the economy. It can be recalled that several calls had been made by economists and political commentators on why Akufo-Addo had to address the nation. Many said an address will soothe Ghanaians and console them that at least the President cared about the economic situation of the country.

The country is going through economic turbulence and questions have been raised about the competence of the President and his Economic team. The country is currently negotiating a deal with the International Monetary Fund to bailout the country. Below are some of the key points the president made in his address to the country. 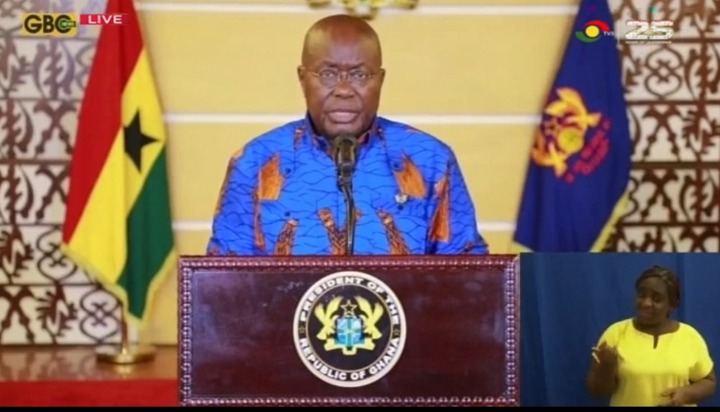 1.Economies all over the world have been shattered with inflation going up in many countries. Interest rates have soared and unemployment rate on the rise.

2. Talks are far advanced and a deal with the IMF might be reached by the end of the year.

3. The President noted with concern high prices of good and this gas caused Ghanaians to lose capital or go into jobs they don’t want to. He assured Ghanaians that things will stabilize soon.

6. Continued reduction of salaries of public officials and ministries by 30%

7. Bank of Ghana is working to weed out forex bureaus that are detrimental to the appreciation of the cedi.

8. The President encouraged Ghanaians to hold on and trust him as he stabilizes the economy.

Former President John Mahama addressed the nation last Thursday in what many believed was an inspirational message to the country. Listening to both leaders, who impressed you? Do you believe the address should have been pre-recorded? Is the country heading in the right direction? Can Ken Ofori Atta and his team get a good deal for Ghana?