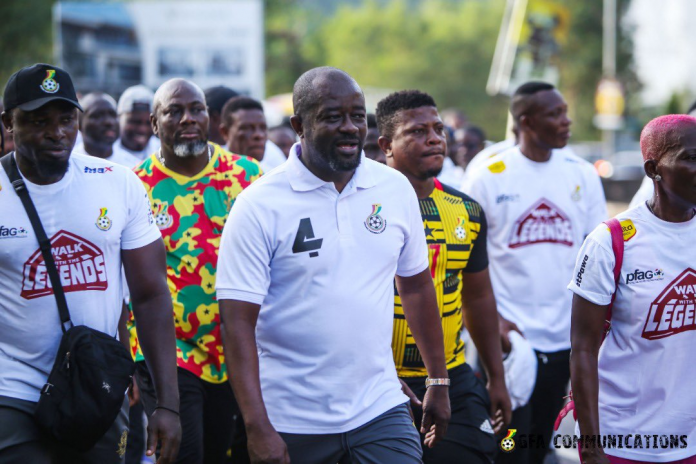 As part of the build up to the 2022 World Cup, Qatar, a large group of football fans joined the former Black Stars players and the Ghana Football Association for a health walk dubbed ‘Walk with the Legends’ on Saturday morning.

Here are some of the best photos from the walk: