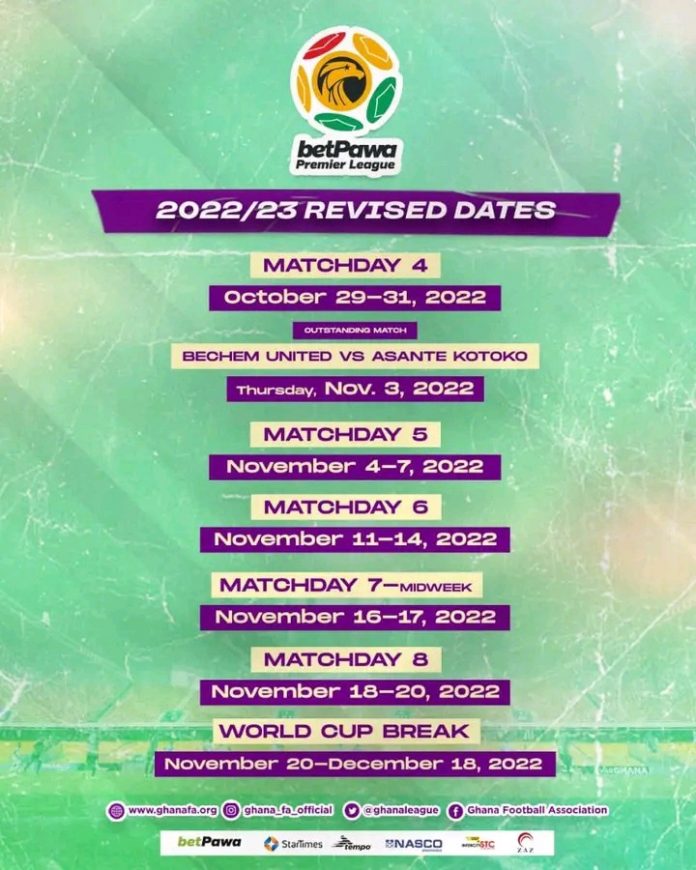 The 2022/23 betPawa Premier League in Ghana, will take a break for the FIFA World Cup after the Matchday Eight fixtures are cleared.

The season will resume with the Matchday Four fixtures this weekend across all centres after the brouhaha that surrounded the court injunction case filed against the Ghana Football Association, (GFA) by AshantiGold SC. 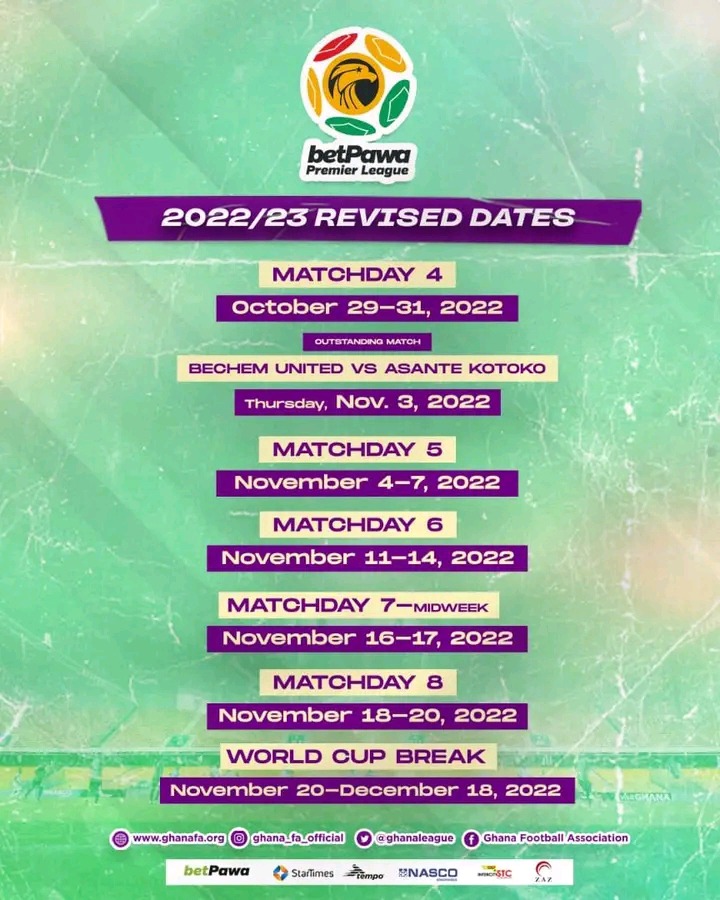 According to the revised season program released by the GFA, after this weekend’s Matchday Four action, Asante Kotoko will honour their outstanding league game with Bechem United on Thursday, November 3, to brink the league calendar back on track.

There will be midweek action on November 16 and 17 when the Matchday Seven fixtures, will be cleared.

The mini break before the World Cup, will occur after the Matchday Eight action, which would be played between November 18 and 20, 2022, the day the FIFA World Cup is expected to start.

The World Cup in Qater, will be played between November 20 and December 18, with Ghana due to play at the tournament for the fourth time.

The Black Stars are housed in a group that includes Portugal, South Korea and Uruguay, with Ghana set to open their account against the Portuguese on November 24, 2022.