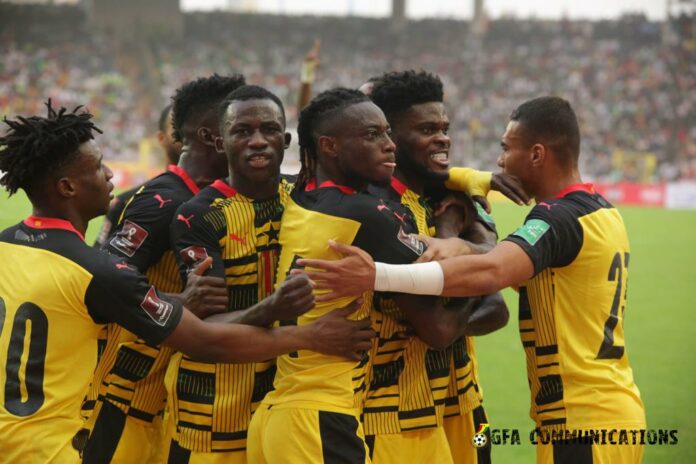 Speaker of Parliament, Alban Bagbin, has charged the Black Stars to win the 2022 World Cup in Qatar.

The best of the team came when they played in the quarterfinals of the Mundial in 2010 in South Africa.

Ghana made their debut appearance in 2006 in Germany where they played in the Round of 16.

Having missed out on the last edition hosted in Russia in 2018, Ghana has made a return to the world’s biggest football tournament.

However, Mr Bagbin has assured the team of the chamber’s support, adding that the team should go all out and win the ultimate.

“I want to assure the Black Stars, this parliament is solidly behind them, and they should confidently go for the gold and cup,” he said on the floor of Parliament on Wednesday.

The 22nd edition of the tournament kicks-off from November 20 to December 18.

Ghana will open their campaign against Portugal on November 24 at Stadium 974 in Doha.

Four days later, the Black Stars will return to action with a clash with South Korea at the Education City Stadium in Al Rayyan.

The Black Stars will be hoping to improve their performance in Qatar after exiting at the group phase during the 2014 World Cup in Brazil.