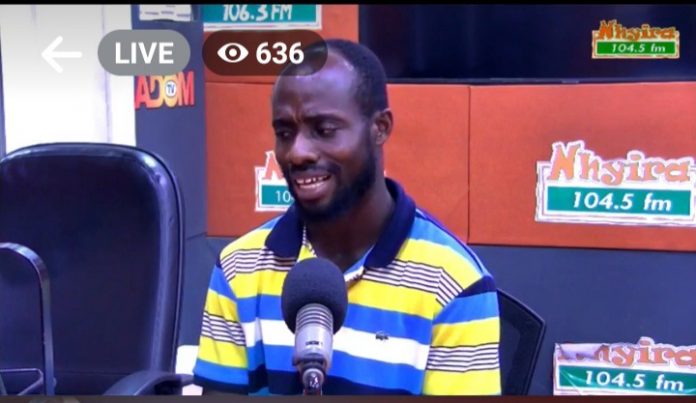 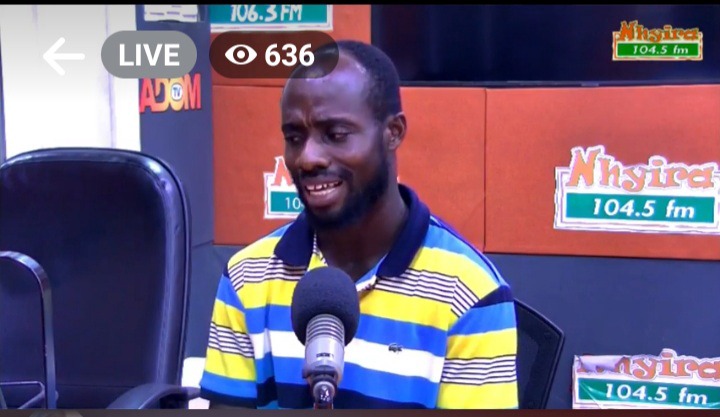 A man named Paul Faya tells his story about why his family accused him of using his brother for money rituals 13 years ago. According to Paul, he started a relationship with his fiancee also known as Naomi at Abakrampa in Cape Coast, and they acquired a piece of land, planted palm trees and had three children.

But they later found out they were both from the same family, Paul said beecause of the problem, their family disapproved their relationship, but they continued to be together. Fortunately they got money to buy their own car and start living a better life but his brother also died unexpectedly. His family members began to accuse him of using his brother for money rituals because of his success in life.

He had to run away from home and went to stay with his fiancee and the kids in Kumasi. Years later, his wife revealed to him that she was no longer interested in relationship. She broke up with him and went to Central region He did his best to take care of the children and also handed over the farm to Naomi to manage it and used the money she gets from it to take care of the children.

But the woman is now demanding for her share of the farm. According to Naomi, although their family did not support their relationship, but they ignored them and moved on with their lives. But after Paul was accused of using her brother for money rituals, she lost interest in the relationship, so she broke up with him and travel back to their hometown.

Naomi said the man do not support her in catering for the children and she has to rely on the little money she receives from selling the farm products to provide for the children’s basic needs. Two months ago she found out that Paul has decided to sell the farm without telling her but she won’t let him sell rather she wants her share of the far.