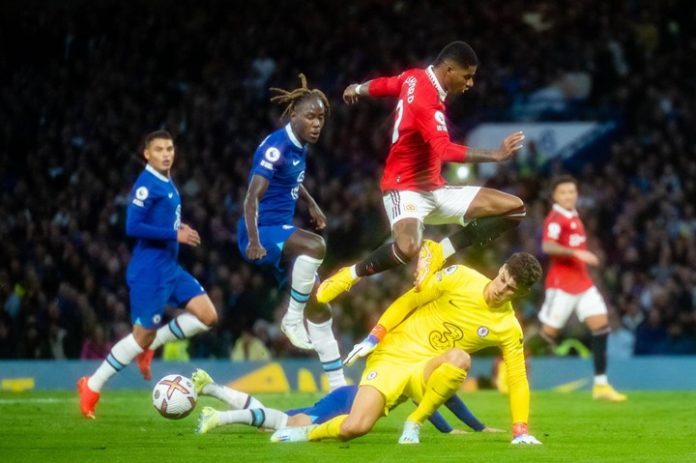 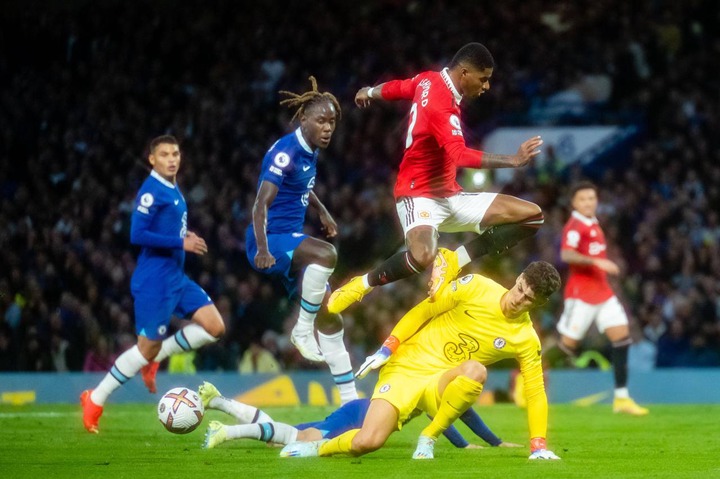 Casemiro’s header deep into stoppage time, given by the goal-line technology, stopped the Blues from taking all the three maximum points at home.

Chelsea and United were locked in a scoreless tie at halftime. From the opening whistle, the visitors placed Chelsea under strain, and the Blues were unable to handle it.

However, Kepa’s outstanding saves to deny Rashford and Antony prevented Manchester United from taking an opportunity.

At the other end, Aubameyang nearly broke the game’s momentum with a strike that rolled just millimetres wide of the far post.

Since Kovasic introduction into the game by Potter, he protected the home defence from a greater threat posed by United.

A key member of United’s defence, Raphael Varane, was forced to leave the game with an injury after he wrenched his knee while attempting to swat a thoroughball intended for Aubameyang.

Chilwell swung in a corner in the 85th minute, and McTominay and Broja were squabbling in the centre. Before letting go to clear his lines, the midfielder had his arms around Broja, and the referee immediately pointed to the spot.

Jorginho broke the stalemate with a goal, but Casemiro equalised off a rebound to prevent the Red Devils from defeat.

Chelsea the Blues have now extended their unbeaten run to eight and they are in the fourth position, a point above Manchester United in the English Premier League.

Manchester United too are unbeaten in their last six games. The Red Devils will face Sheriff Tiraspol in the Europa League.