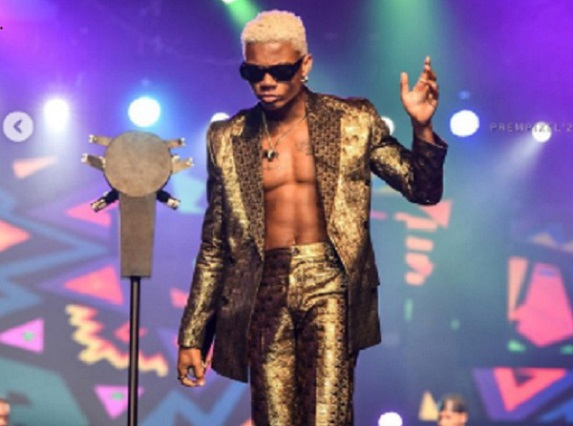 sensation KiDi was left with no choice but to walk off stage during his performance at the University of Cape Coast (UCC) due to a dysfunctional sound system.

The “Touch It” crooner was billed to perform at the school’s Student Representative Council (SRC) Week celebration on Saturday alongside other artistes.

However, he could not perform after travelling from Accra to Cape Coast for the event.

In a viral video on Sunday, the musician could be seen standing on stage while students cheer him.

He tried testing the microphone by speaking into it but there was no sound. He tried a couple of times when it didn’t work, he finally decided to walk off.

Several music followers have since criticised the UCC SRC for the embarrassment they have caused the musician.

In a post on his Instastory, KiDi apologised to the fans for his inability to perform at the event.

According to him, he waited for three hours hoping the problem would be solved but to no avail.

“Sorry UCC, I waited 3 hours for the problem to be resolved. I really wanted to give you guys a show… but I couldn’t do that with a dysfunctional sound system…thank you for the love still,” KiDi wrote on his Instagram story.