Walk On Us We Are Your Carpet; Reactions As Actress Nkechi Blessing Shares Heart Melting Photos 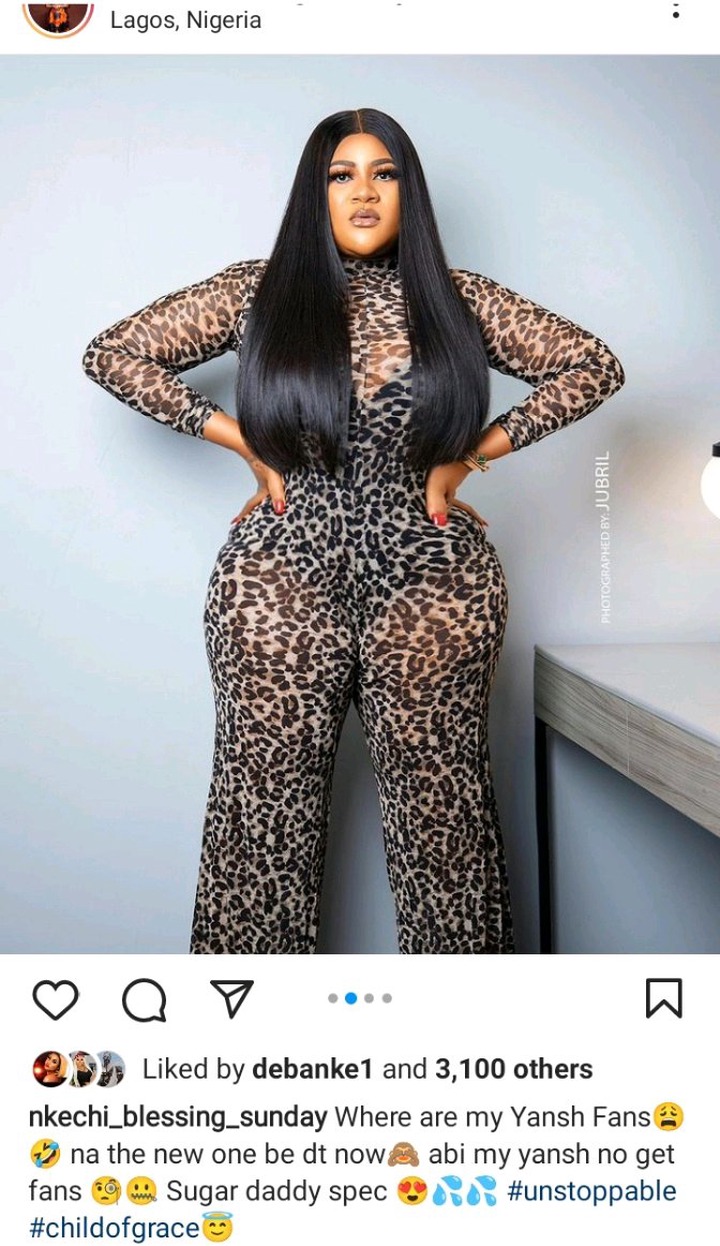 Massive reactions as Nigerian nollywood actress Nkechi Blessing shares some lovely pictures of herself on instagram.

Blessing Nkechi Sunday wrote, “Where are my yansh fans. Na the new one be dt now, abi my yansh no get fans.”

The moment that Nkechi Blessing Sunday’s pictures reached her official instagram handle, her fans and followers commented massively to them.

Xxssive wrote that, he wishes that he was a boyfriend to Nkechi Blessing Sunday.

Some other people also dropped the love and fire emojis to compliment her beauty and looks.

Gounigram wrote that, Nkechi Blessing Sunday is the sugar mummy of Lagos.

Others also added that, Nkechi Blessing should walk on them for they are her carpet.

Without much i do, kindly scroll down to see the pictures, post and the comment of the people below; 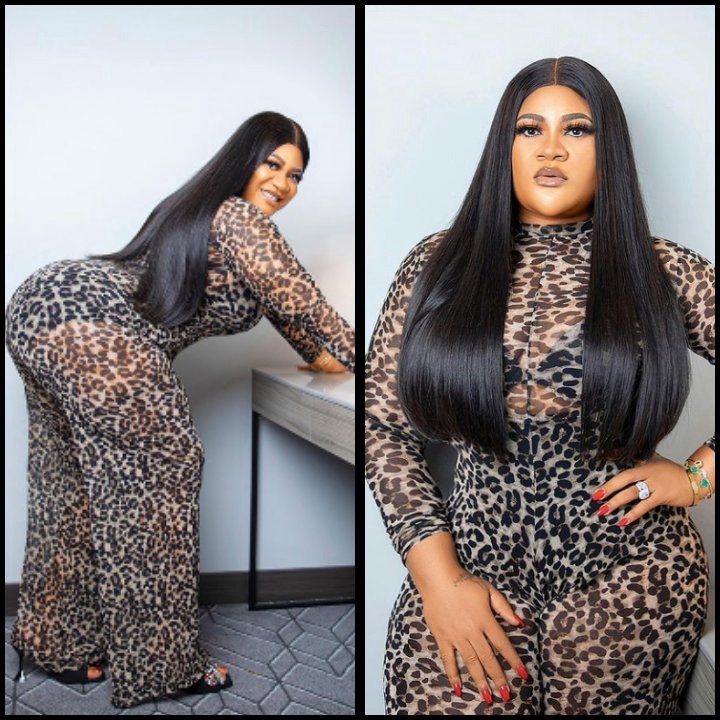 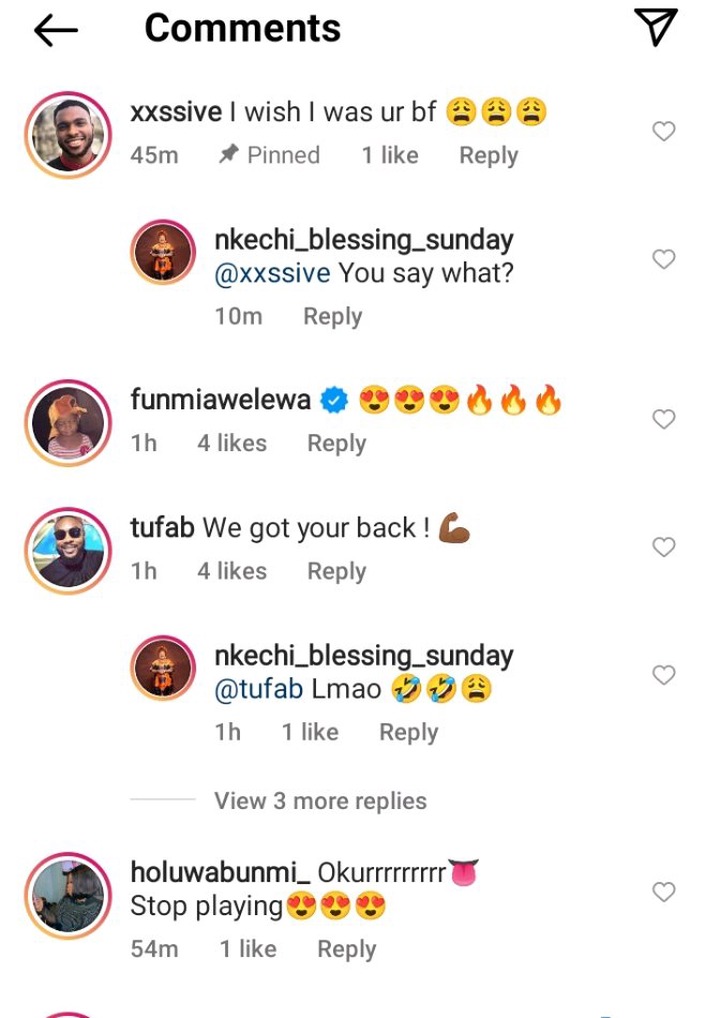 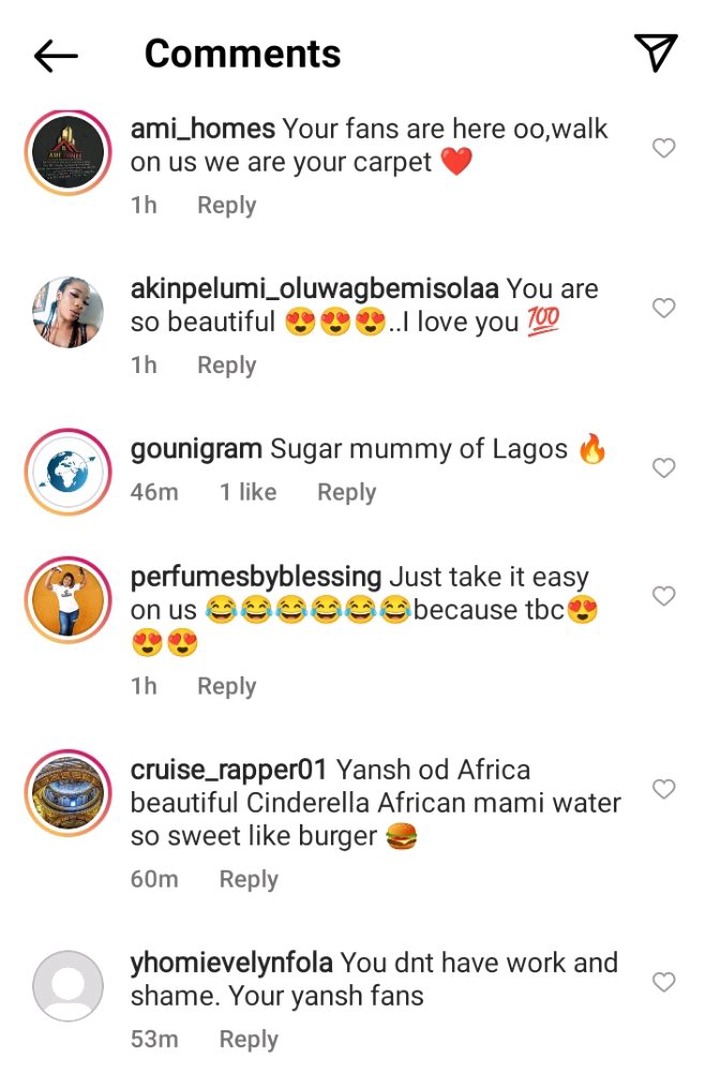 What is your take on these pictures that Nkechi Blessing Sunday has shared on Instagram?