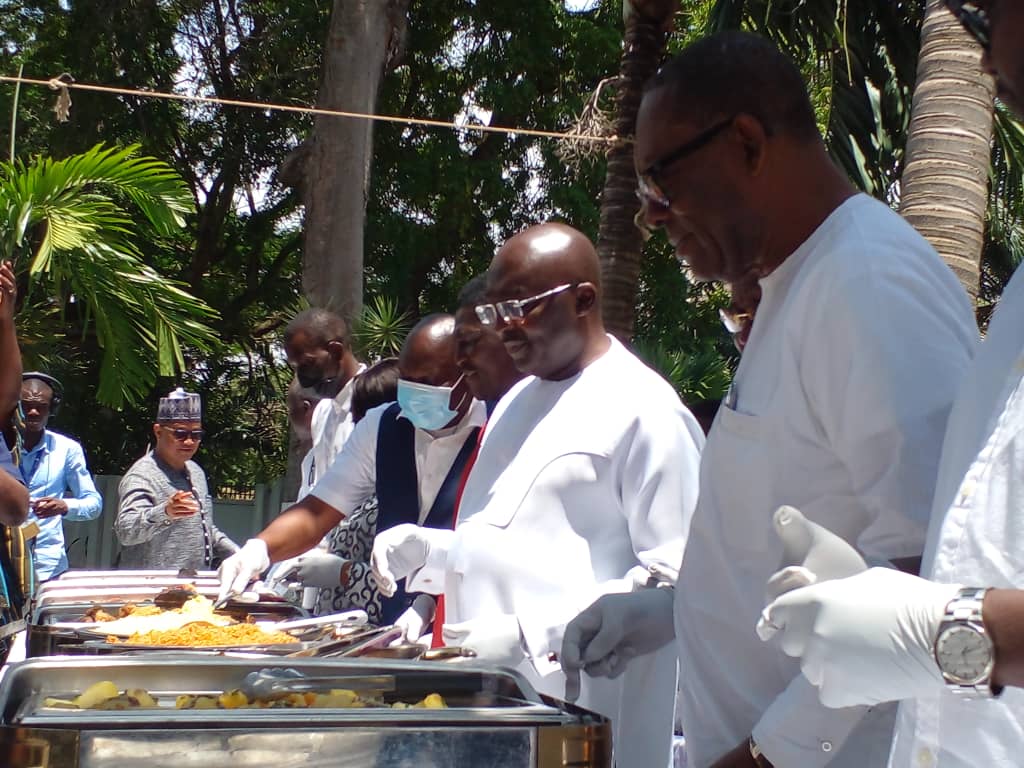 The guests were served food and drinks, joined the Vice President to cut the birthday cake, danced to good music and fraternised.

Present at the celebration were ministers of state, members of Parliament, the clergy, family members and loved ones.

The Vice President is the Patron of the Lepers Aid Ghana and has supported them over the years with food items and facilitated the construction of a multi-purpose hostel for them.

In brief remarks, Vice President Bawumia thanked God for His continuous protection, grace and mercies over the years.

He urged the public to always show compassion to the cured lepers and should not be afraid to touch them, adding; “Show them kindness and love”.

Mr Henry Quartey, the Regional Minister, on behalf of the metropolitan, municipal and district chief executives, pledged to support the Vice President in his political ambition of transforming the nation and improving standards of living.

Reverend Michael Boadu Nyamekye, the Head Pastor of the Makers Chapel International, in a word of exhortation, said: “A man should not be judged by his religion but his capabilities to transform lives and better the lots of the people”.

He prayed for God’s favour, wisdom and understanding for the Vice President to fulfill his destiny.

Mr John Ampao, a representative of the Weija Leprosarium, expressed gratitude to the Vice President for his compassion towards lepers and showing immense concern for their welfare and asked for God’s continuous protection and guidance over him in the ensuing years.

Vice President Bawumia was born on October 7, 1963, in Tamale to the late Alhaji Mumuni Bawumia, a former Chairman of the Council of State, and Hajia Mariama Bawumia.