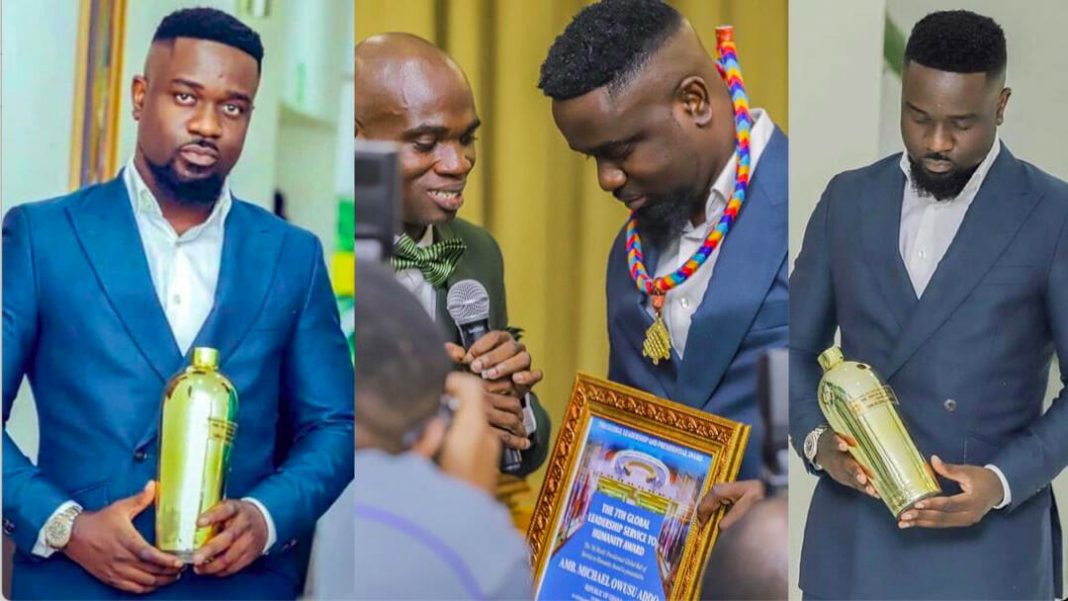 It seems Dr UN takes delight in ridiculing Sarkodie the most out of all the distinguished personalities he gave his scam of awards.

In a recent interview with AJ Poundz on Onua FM’s Adwuma Adwuma midmorning show, Dr UN whose real name is Kwame Owusu Fordjour said the award he gave to Sarkodie has solidified his brand and given him an international appeal.

“Earlier, Sark was only known to the Ghanaians community abroad. For example, initially, when he travels to New York, he was known by just the Ghanaian community there. When my award made it into international headlines, for example, BBC and CNN, that was the deal breaker for him,” he explained.

You know, the UN issued a disclaimer via international media saying Dr Kwame Fordjour doesn’t have any affiliation with them. It elevated you. So, if you want to brand yourself, you start from there.

Every award scheme is limited to the local community, but my initiative was way bigger. Now people in high positions, like pastors and high commissioners, know Sarkodie,” he asserted.

He further disclosed that the citation he awarded was specially scripted with help from diplomats, embassies and high commissioners. “So Sarkodie shouldn’t have listened to the masses. Now the world knows Sarkodie, so my award isn’t fake,” he concluded.