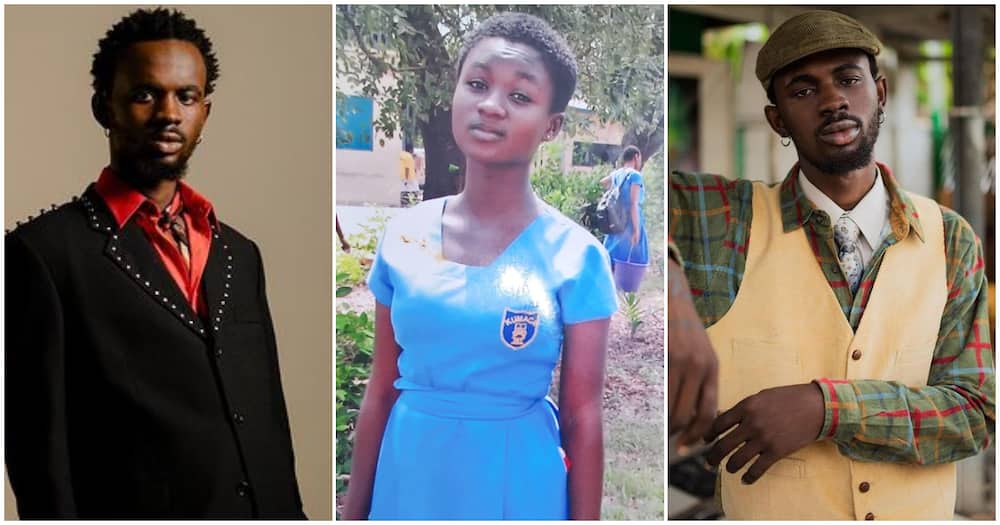 Black Sherif’s “Oh Paradise” is a special song dedicated to his first girlfriend who passed on at the age of 17 in 2017, December. The young lady identified as Clementina Konadu reportedly passed on after a short illness.

The song is specially dedicated to the late girlfriend of Black Sherif where he spoke about how heartbroken he is and how he hasn’t gotten over the death of his first girlfriend. Twitter users have broken down over the lyrics of the song.

Read some comments and reactions below..

@Nii Afro: “Herh yedee me den my boys for area stood outside till 1 am just to listen to @blacksherif_#TheVillainINeverWas man, everyone got emotional. listening to “Oh Paradise”

@Damtse: Blacko just got me teary after listening to Oh paradise

@Kumasi Gideon: Black Sheriff’s oh Paradise got me emotional RIP to all the lost souls, especially to my woman who passed whiles we were in SHS. Thanks, @blacksherif_ for bringing up something to remember our lost loved ones.

READ ALSO: I’m the demon in my country but Beyonce came as my angel – Shatta Wale