Mark Okraku-Mantey has been sabotaging my music career for years 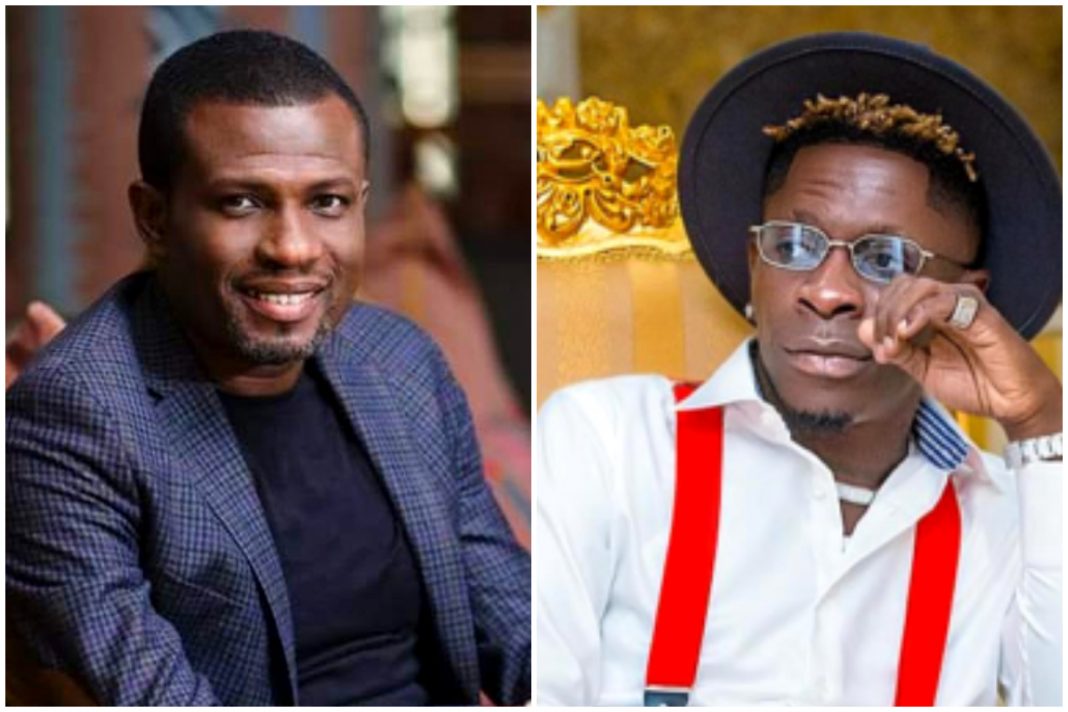 Dancehall and Afrobeat artist Shatta Wale has called out the Deputy Minister of Tourism, Culture and Creative Arts Mark Okraku Mantey for being a blockage to him.

According to Shatta Wale, Mark Okraku Mantey is one of the gatekeepers who tried to sabotage his music career as he blocked him several times from succeeding in the music industry.

READ ALSO: I’m the demon in my country but Beyonce came as my angel – Shatta Wale

“…..musicians have been poor in Ghana ooo, we have seen musicians that have come and gone and come and gone, we always try to talk to them like this and they don’t even say their feelings. me, my heart is worrying me, I want to get money…

“Do you know when Mark Okraku-Mantey started blocking me? Started saying that I won’t make it, I won’t get anywhere in my life…?” Shatta Wale quizzed.

Shatta Wale recalled an instance where Mark Okraku tried to sabotage him on live radio during a discussion on Hitz FM. According to Shatta Wale, Mark disclosed on live radio that he refused to honor an invitation to an interview on the radio and since then, Mark Okraku-Mantey who was then the Programmes Manager at Hitz said the station will create its own hero to rival Shatta Wale.

“Mark Okraku-Mantey is the problem of this whole music thing, they are deciding. When he was Programmes Manager at Hitz FM, he said on the radio that because they were calling Shatta Wale for an interview and Shatta Wale didn’t come, so, they decided to create their own hero which was Stonebwoy…,” Shatta Wale alleged.