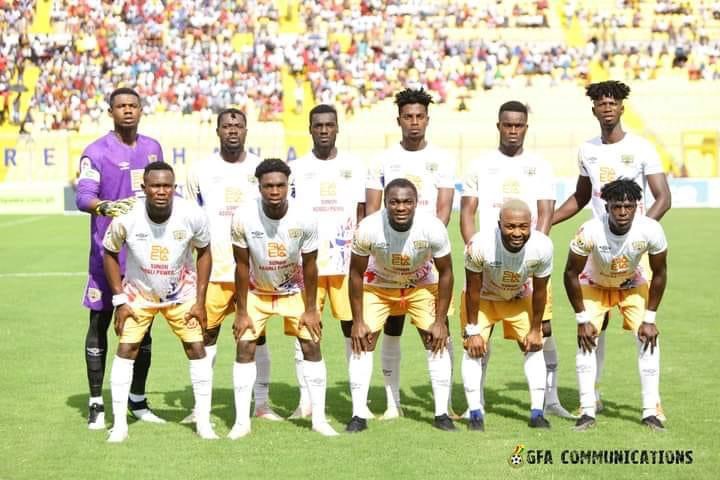 Veteran Ghanaian coach, Karim Abdul Razak has said a word of prayer for Hearts of Oak ahead of their CAF Confederation Cup.

The Phobians will face Mali club, AS Real Bamako in the first leg of the second preliminary stage in Bamako before a second leg in Accra a week later.

Razak, popularly known as “Golden Boy”, led Malian side, Stade Malian to beat Hearts of Oak in 2002 but he hopes the Phobians scale the first hurdle away.

“What I will say is I wish Hearts of Oak the best of luck.

“I hope I was with them in Bamako, I will have seen everything, maybe I would have found ways for them to go through.

“I’m not there, I’m home now but the only thing I will say is that, I pray for them because we are all Ghanaians.

“We pray and hope that Hearts will be victorious.

“I have my people there, I told them Hearts are coming to win them and then come and finish them in Accra.” Abdul Razak told Adamu Muftawu of Radio Gold Talk Sport.

Abdul Razak was the African Footballer of the Year in 1978 and has previously managed Asante Kotoko, Stade Malian, Dragons de L’Ouémé of Bénin.

He has served as Black Stars assistant coach but is yet to handle the senior national team as a head coach.