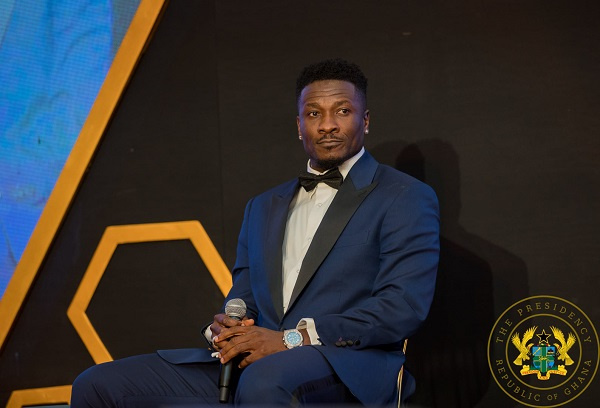 Ghana legend, Asamoah Gyan, has reiterated that he is not giving up on active football now, adding that he is working tirelessly to keep in shape.

The 37-year-old, who is a former Black Stars captain, has been out of football for the past two years.

Gyan, who is a former Liberty Professionals striker, last played for Legon Cities in the Ghana Premier League.

Despite being clubless, Gyan, speaking to Kumasi-based Kessben FM, insisted that he is working tirelessly to return to football.

He added that he is currently in good shape and will hope to return to the pitch soon.

“I have been training for some time now and I feel good,” the former Legon Cities forward said.

“I will only quit when my body does not respond well but at the moment, I am fit and well and I hope to return soon.

“Personally, I am doing anything possible to come back because football is my passion,” he added.