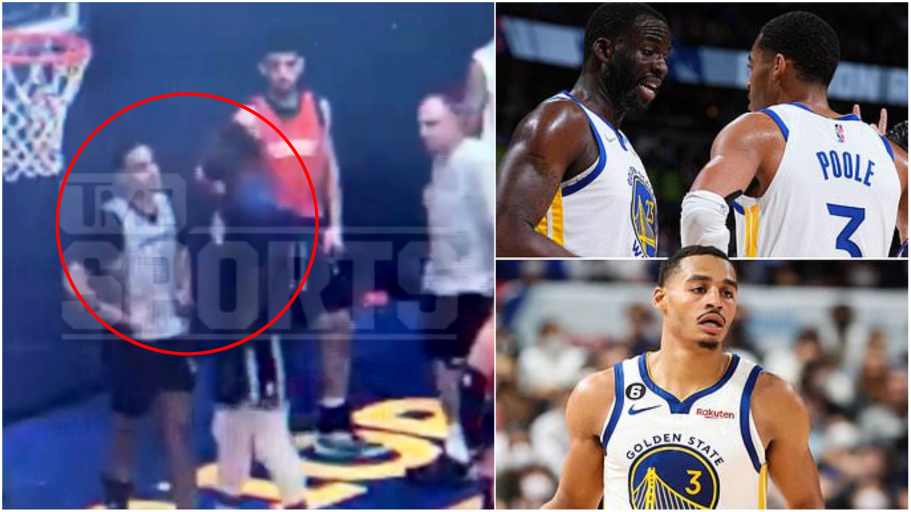 Although Green’s attack on Poole was revealed earlier this week, footage of the incident did not surface until Friday, when it was obtained by TMZ.

The clip shows Draymond Green exchanging words with PoJordan Poole along the baseline before bumping chests with the smaller guard, who attempts to gently push the veteran forward out of the way as concerned teammates and coaches begin to take notice.

Some onlookers stepped in while others, reigning NBA Finals MVP Stephen Curry, stood by and simply watched the skirmish unfold.

Ultimately a throng of six or so bystanders were able to separate the pair. Jordan Poole reportedly finished practice, so he apparently was uninjured.

TMZ obtained the video of the altercation between Draymond Green and Jordan Poole at practice https://t.co/55rMnBqAVG pic.twitter.com/k02BGsBo8G

Warriors GM Bob Myers seemed to minimize the incident later, saying, “These things happen. Nobody likes it. We don’t condone it, but it happens.

” He goes on to say, “Draymond apologized to the team. Jordan was there in the room … as far as any suspension, punishment, fine, we will handle that internally.”

As for the reason behind the fight, Stephen Curry denied a report claiming a change in Poole’s attitude amid contract negotiations led to it … calling it “absolute BS.”