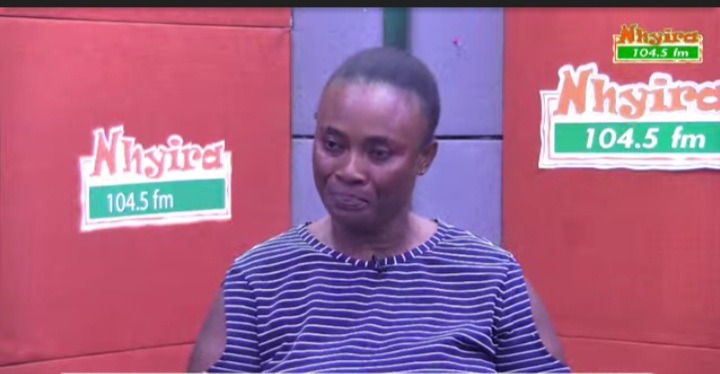 A woman named Kukua tells her story in an interview about why her family did not allow her elder brother to marry another wife a month ago. According to the woman, her elder brother named Michael has been married for 30 years with six children. They have lived peacefully and had a good relationship with her sister-in-law also called Maame Akua all this years.

A few months ago, they received information that his brother was planning to marry a second wife and start a family with her. Kukua added that all their family didn’t support his brother’s decision to marry another wife. The family did not allowed Michael to marry this woman because of the good relationship they had with her sister-in-law but the brother went ahead with his plan without family members attending the wedding.

Because of what happened, his brother postpone his wedding ceremony with the sidechick. Kukua said the sidechick also became angry with all the family members and has plan to curse them all to die because they stopped Michael from marrying her. The woman said they are all afraid to die so they want help to prevent her brother’s sidechick from cursing them.

According to Maame Akua, the man’s wife also said she lived with her husband for 30 years and has been blessed with six children. The woman said she heard rumours from their neighbours that her husband had a mistress and they had three children. She confronts her husband about this rumours but he denied it, describing them as totally untrue allegations.

Maame Akua added that a few months ago, she heard their neighbors talking about her husband’s marriage to his sidechick “I thought it was just a rumor because of the previous accusations against my husband but it turned out to be true, I appreciate the effort my in-laws made to prevent my husband from marrying a second wife” Maame Akua said.