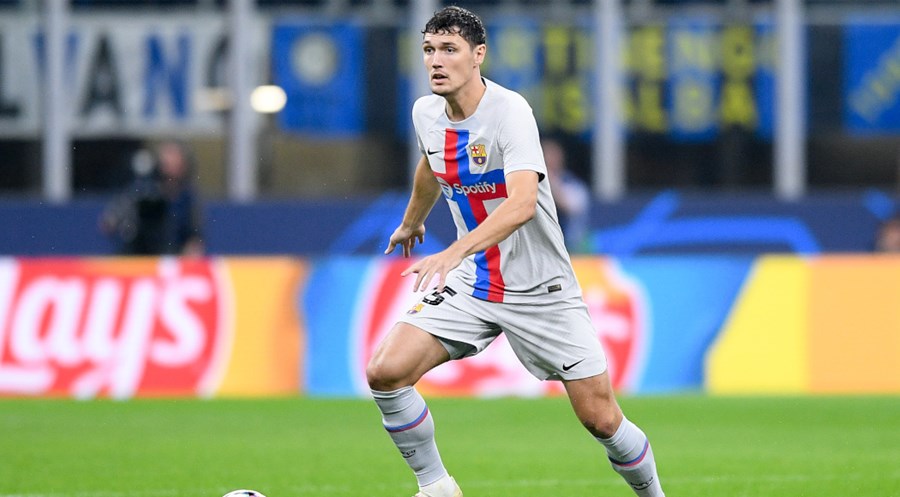 Barcelona defender Andreas Christensen and midfielder Franck Kessie are injured, the club confirmed on Wednesday, leaving the Catalans with seven players sidelined ahead of crucial games.

Denmark centre-back Christensen suffered a sprained ankle in the 1-0 Champions League defeat by Inter Milan on Tuesday, and is a doubt for matches including the Clasico on 16 October.

“Tests carried out on Wednesday have confirmed that the first team player Andreas Christensen has a sprained left ankle,” said Barca in a statement.

“He is unavailable and his recovery will dictate his return.”

Gerard Pique and Eric Garcia are set to line up in the centre of defence against Celta Vigo on Sunday in LaLiga, with Xavi thin on alternatives beyond using players from the B team.

Kessie, who came off the bench against the Italians in the San Siro has a thigh strain, Barcelona confirmed in another statement.

With Dutch duo Frenkie de Jong and Memphis Depay currently out too, the situation is worsening for Barca at both ends of the pitch.

Inter visit Camp Nou on Wednesday 12 October, a crucial game for Barca’s hopes of qualifying for the next round of the Champions Leagues, before the Clasico at the Santiago Bernabeu.