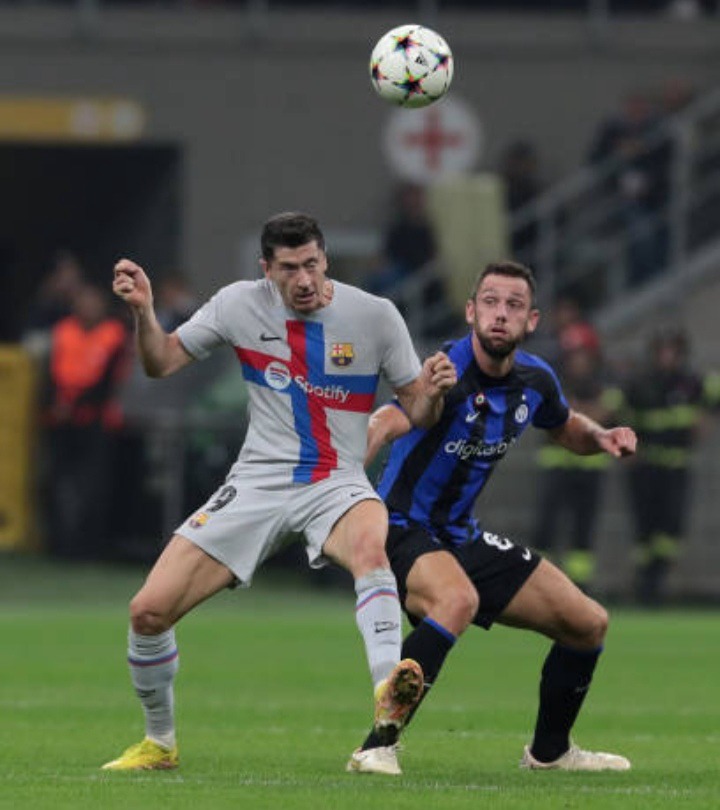 Barcelona, one of the best football clubs, throughout all ages and even presently faced Inter Milan in a match that went rather sideways for Barcelona Fans. Barcelona is currently first on the La Liga table after Real Madrid unfortunately drew in their last match.

With the introduction of Lewandowski in Barcelona, the goals have just been rolling in. Xavi has never been more proud of his players as they continued to dominate the domestic league. He was hoping that they would be able to do the same today after their whooping defeat against Bayern Munich.

The results went in favor of Inter Milan who managed to secure a goal right at the cusp of half time. Hakan was able to net in a clinical goal at the 45 + 2 minute. That was the winning goal of the match.

Barcelona fans were disappointed at the result. They are growing weary of Lewandowski “ghosting” when it really matters. He was trapped and restricted in this match. They are also concerned that Xavi might be relying too much on him.

If there is any consolation, the fans should be glad that they might stand a chance to win the La Liga title this season.